I just wrapped up four days of Pronghorn Antelope hunting and guiding in the Central Highlands of New Mexico, and one tool that I found invaluable was my MDT GEN 2 Triple Pull Ckye-Pod. During my time on the range, my clients used the CKYE-Pod for its intended purpose as a bipod, but it was also used as a mount for my spotting scope, rear support for clients shooting off tripods, and even as a prod for dealing with an aggressive rattlesnake. Before we discuss what makes this product the best-in-class, let's look at the history and development of the MDT CKYE-POD.

HISTORY OF THE MDT CKYE-POD

The CKYE-Pod was created by Ckye Thomas, owner of OBI. Ckye is a nationally-ranked shooter, inventor, and entrepreneur. The CKYE-POD was designed to be the most versatile bipod available and is now in its second generation.

Currently, there are seven variants of the MDT CKYE-POD available with several different mounting options, including BTC (Picatinny/ARCA), ARCA, Picatinny, or ARMS 17 mount.

With so many options, which CKYE-POD is best for you?

The MDT CKYE-POD bipod is durable and highly adaptable. For competition and general shooting, I like the Single or Double Pull models, but for guiding Gen 2 Triple Pull with an ARCA interface gives me a lot of flexibility and allows me to quickly adapt to terrain or utilize gear with an ARCA interface like spotting scopes and HOG mounts. Let's dig deeper into what makes this piece of kit unique and why I will not go in the field without it. 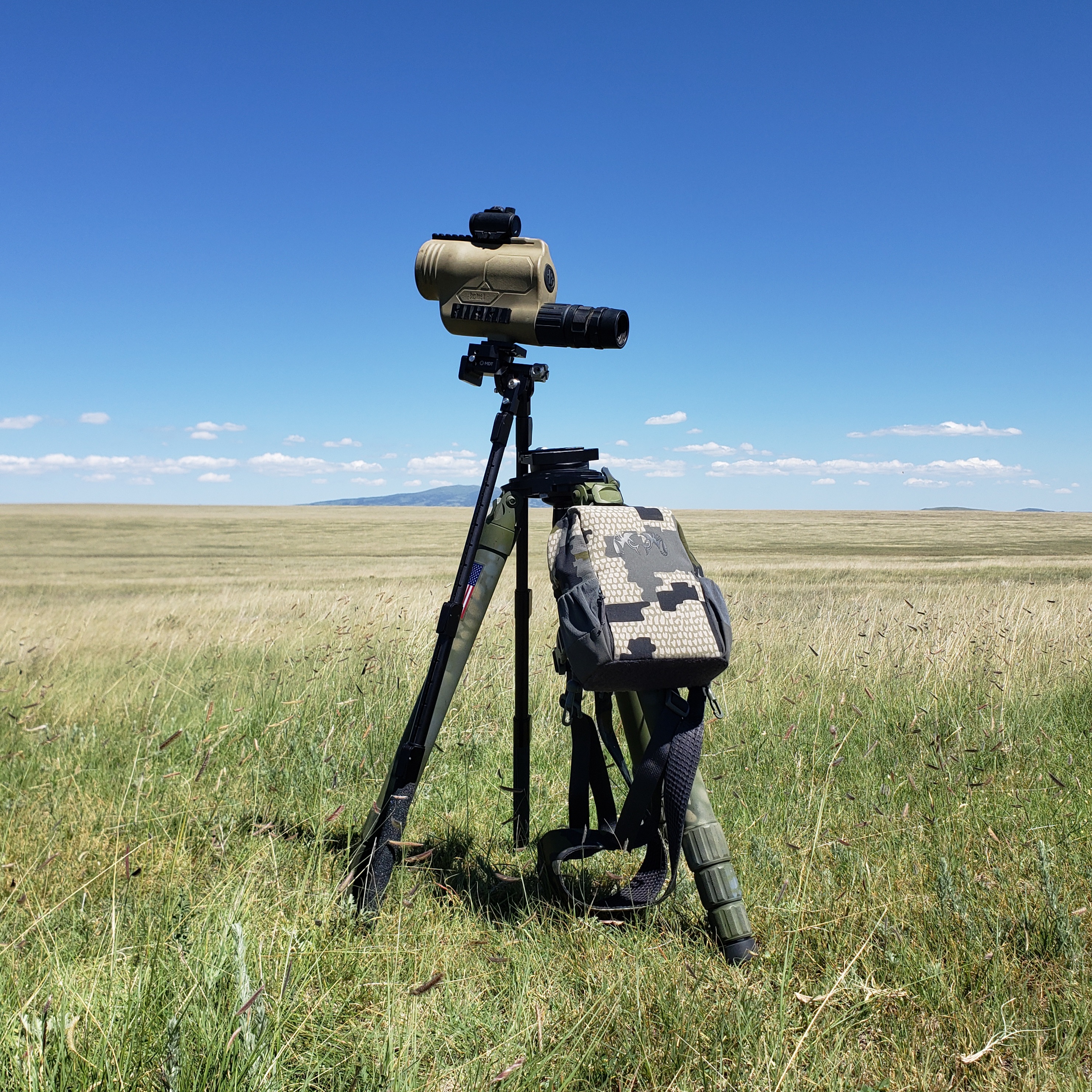 CKYE-PODs, in general, give you a lot of flexibility when it comes to cant and the ability to pivot. The CKYE POD can rotate 360 degrees and features 170 degrees of cant. The pivot feature can be locked for extra stability, and the cant feature has a knob that can adjust tension. The height of the bipod can go from its lowest positional setting to its highest with the quick push of a button, and the model that I prefer to take in the field, the Triple Pull, can go from 4.5 inches to 36 inches in seconds. This allows a shooter to build a very stable position very quickly. 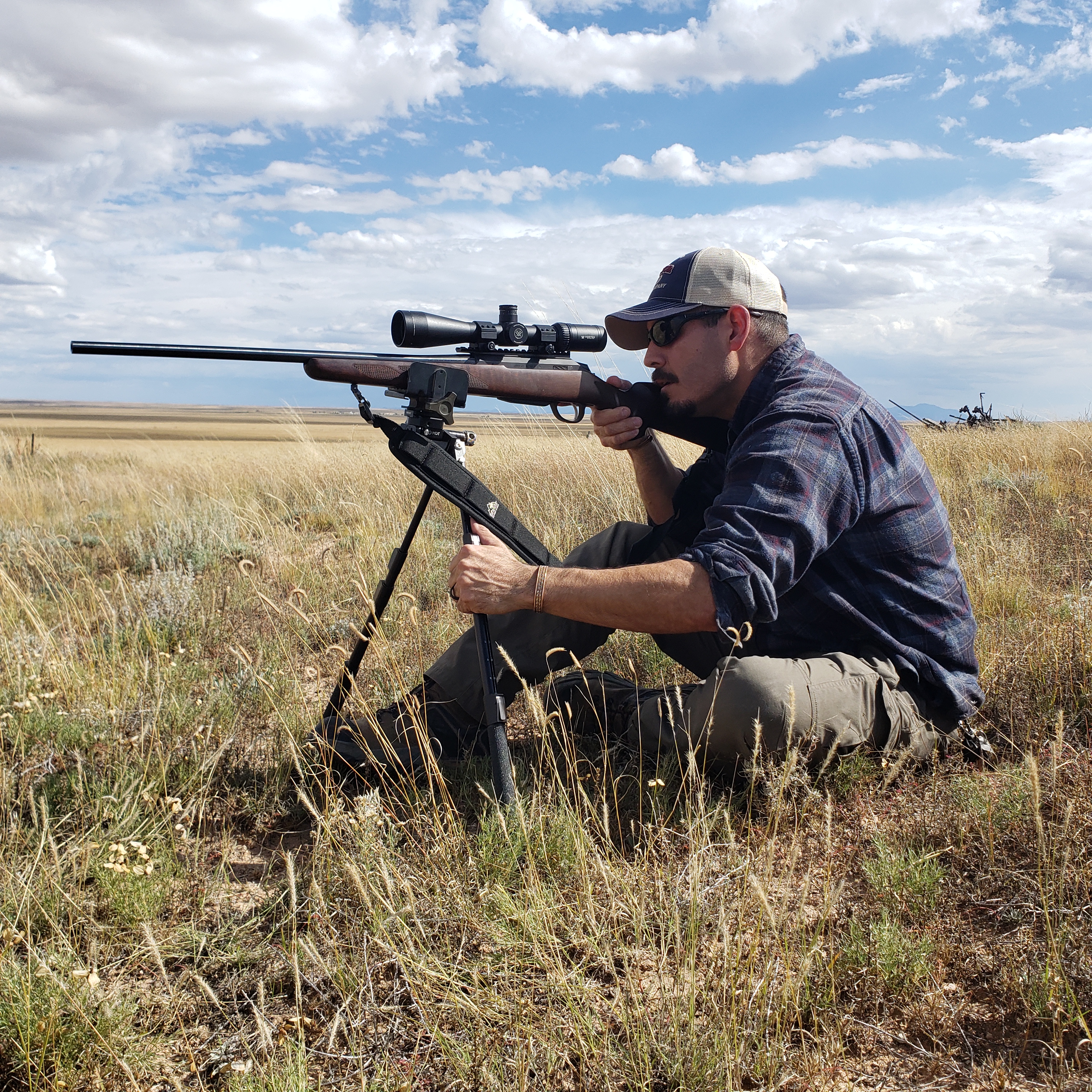 Client did not have an ARCA rail on his rifle. No worries, we attached a HOG Saddle to the MDT GEN 2 Triple-Pull CKYE-POD and got to work.

In a perfect world, users would only take shots in the prone, but field conditions and terrain force hunters to get off their bellies and shoot from a more upright position. When taking more upright shots, like kneeling, or sitting, a tripod or a bipod can be invaluable.

BELOW IS MY ANALYSIS AFTER GUIDING CLIENTS AND LETTING THEM USE MY TRIPLE PULL CKYE-POD: 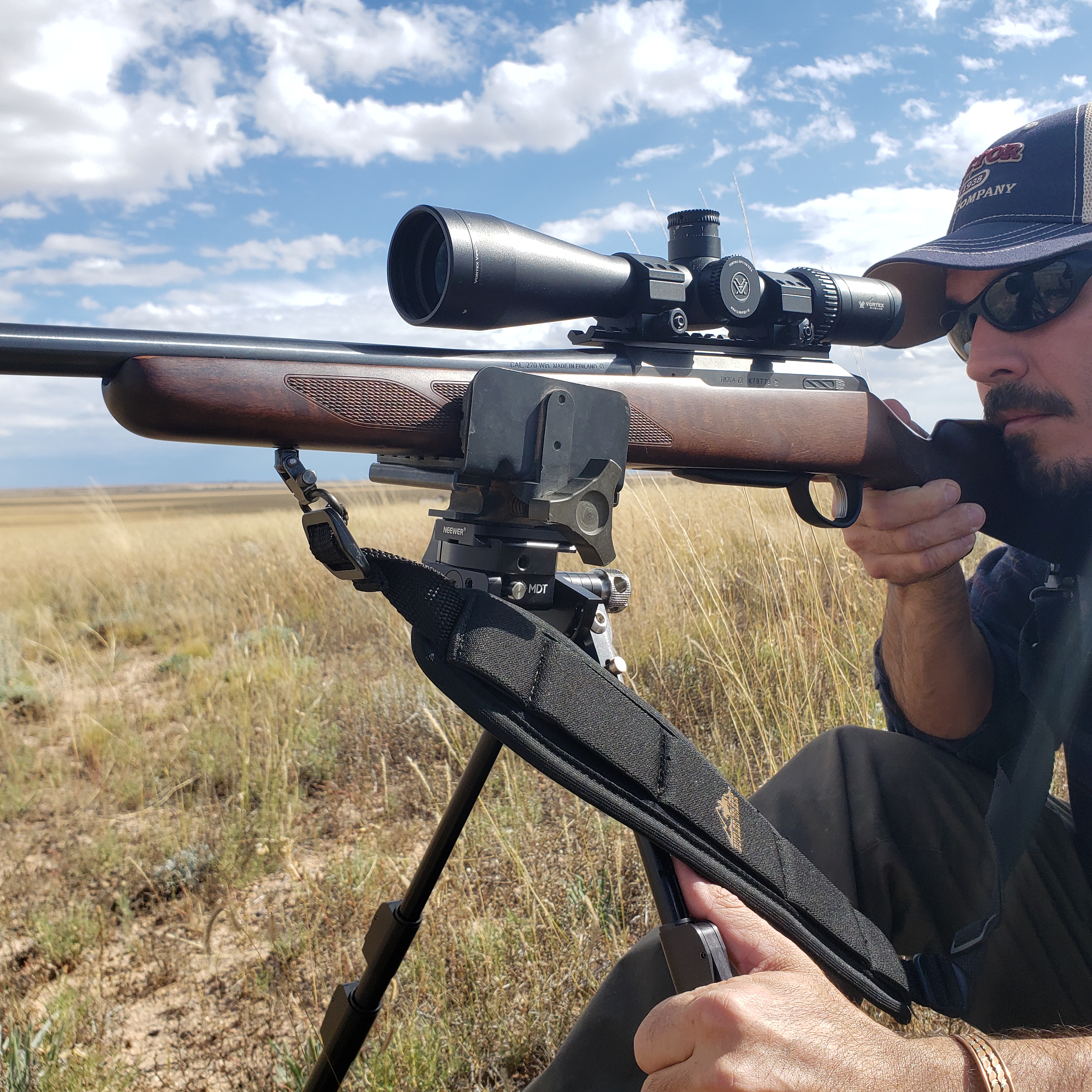 Interface commonality like ARCA rails gives a guide a lot of flexibility.

During my hunting and guiding adventures, the Triple Pull CKYE-POD can be used for tasks other than a bipod. As a backcountry hunter, who spends hours rucking in the woods, I am constantly looking for ways to consolidate gear or have one piece of kit do multiple tasks. 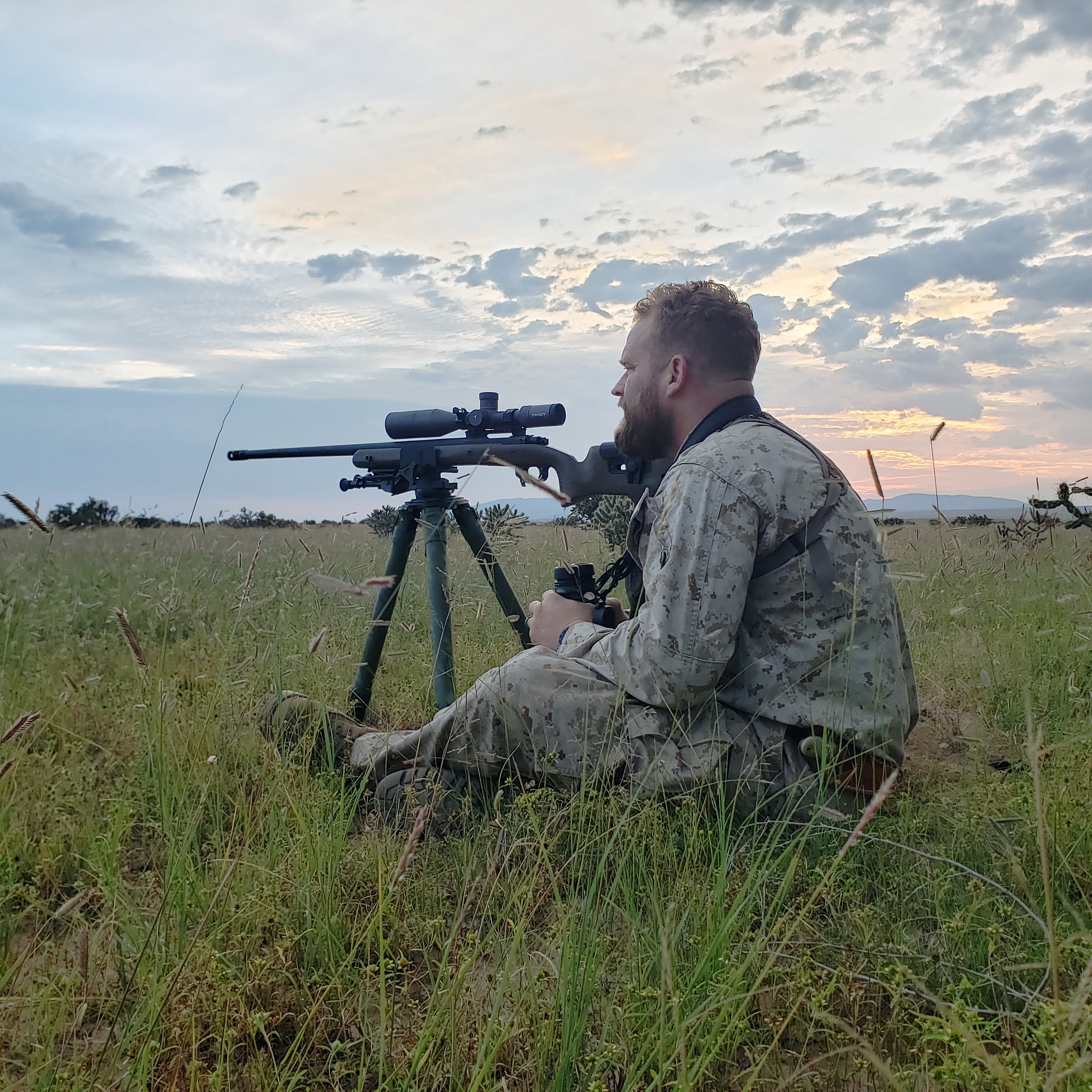 When clients prefer to shoot off my tripod, I can do all of my spotting with a MDT GEN 2 Triple-Pull CKYE-POD.

Below are my notes that highlight the versatility of the Triple Pull CKYE-POD:

When guiding, I will always take a bipod and a Triple Pull CKYE-POD. I like to stay light because I tend to move fast, and I want to avoid the bulk of carrying two tripods. Clients can use either the tripod or the bipod for shooting, but what is handy is that I can use either piece of kit to mount my spotting scope. The ARCA interface on my CKYE-POD and the tilt and pan feature make attaching a spotting scope a breeze. I can comfortably sit for hours with the CKYE-POD leaning against my legs while glassing or spotting for clients. 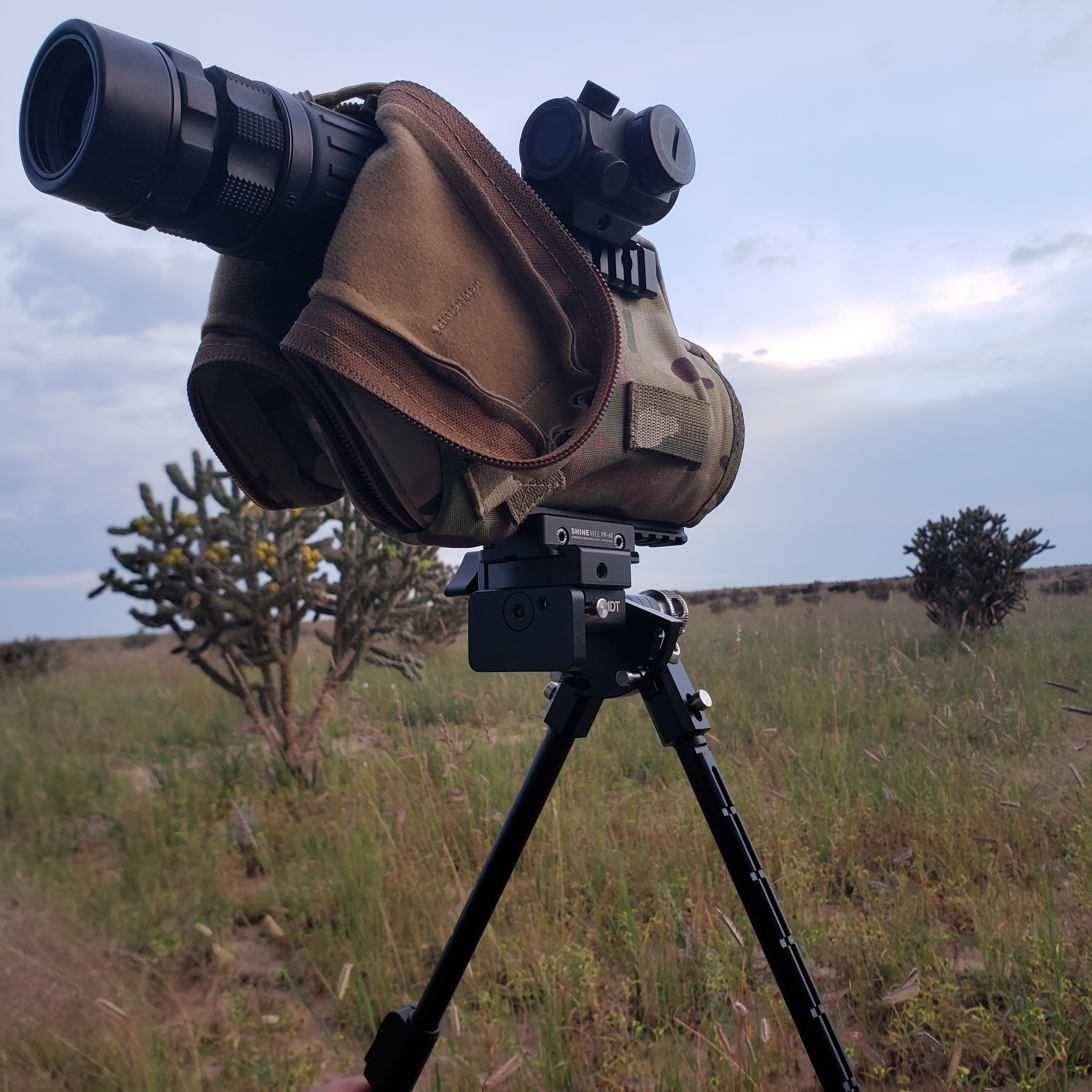 With all of the rain New Mexico received this Summer/Fall, the grass at the ranch was several feet high, rodents were abundant, and so were the rattlesnakes. While guiding clients across the prairie during my last two hunts, we had to navigate several patches of tall grass containing at least one rattlesnake. I would prod the grass ahead of me with the CKYE-POD while the clients carefully followed me, and on one occasion, I used the Bipod to pin an aggressive rattlesnake while my clients moved to safety. 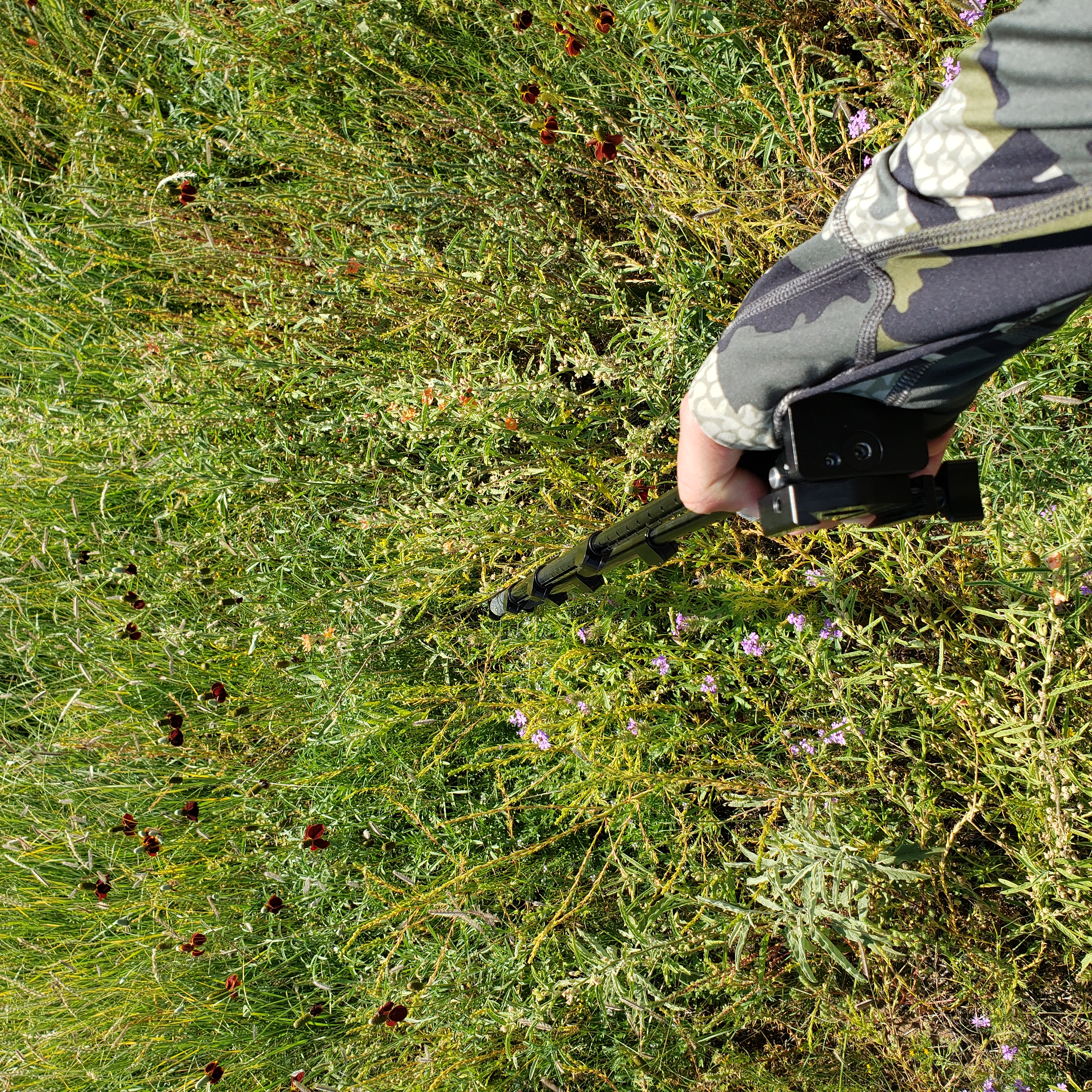 Probing for rattlesnakes in the dense grass. 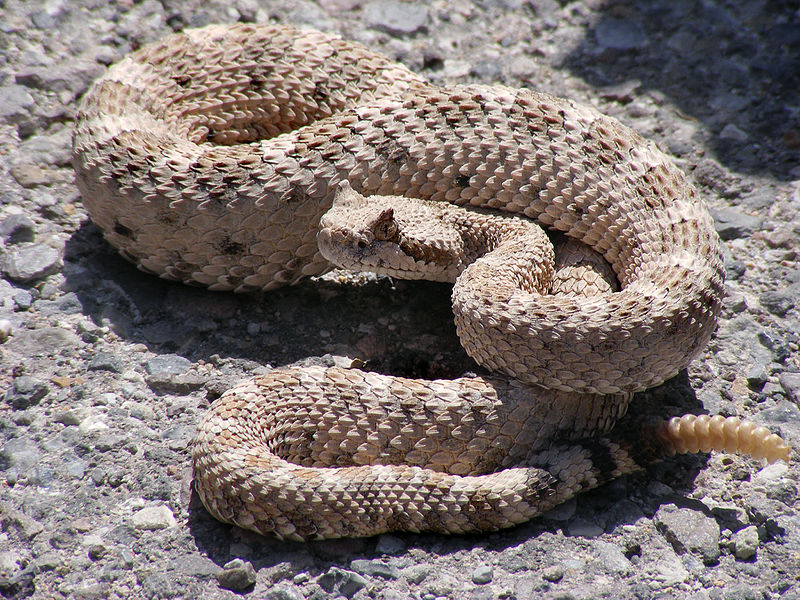 Mostly harmless until stepped on.

When ounces equal pounds and pounds equal pain, I am not taking a tripod into the backcountry, especially if I plan to cover 10+ miles in a day. My MDT Gen 2 Triple Pull Ckye Pod can do everything I need, including tasks usually reserved for my tripod. The Bipod is ideal for shooting in the prone, kneeling, and sitting positions. I can use it as a rear monopod when shooting over terrain features, and it can also be used as a mount for my rangefinder or spotting scope, both of which have an ARCA rail attached. 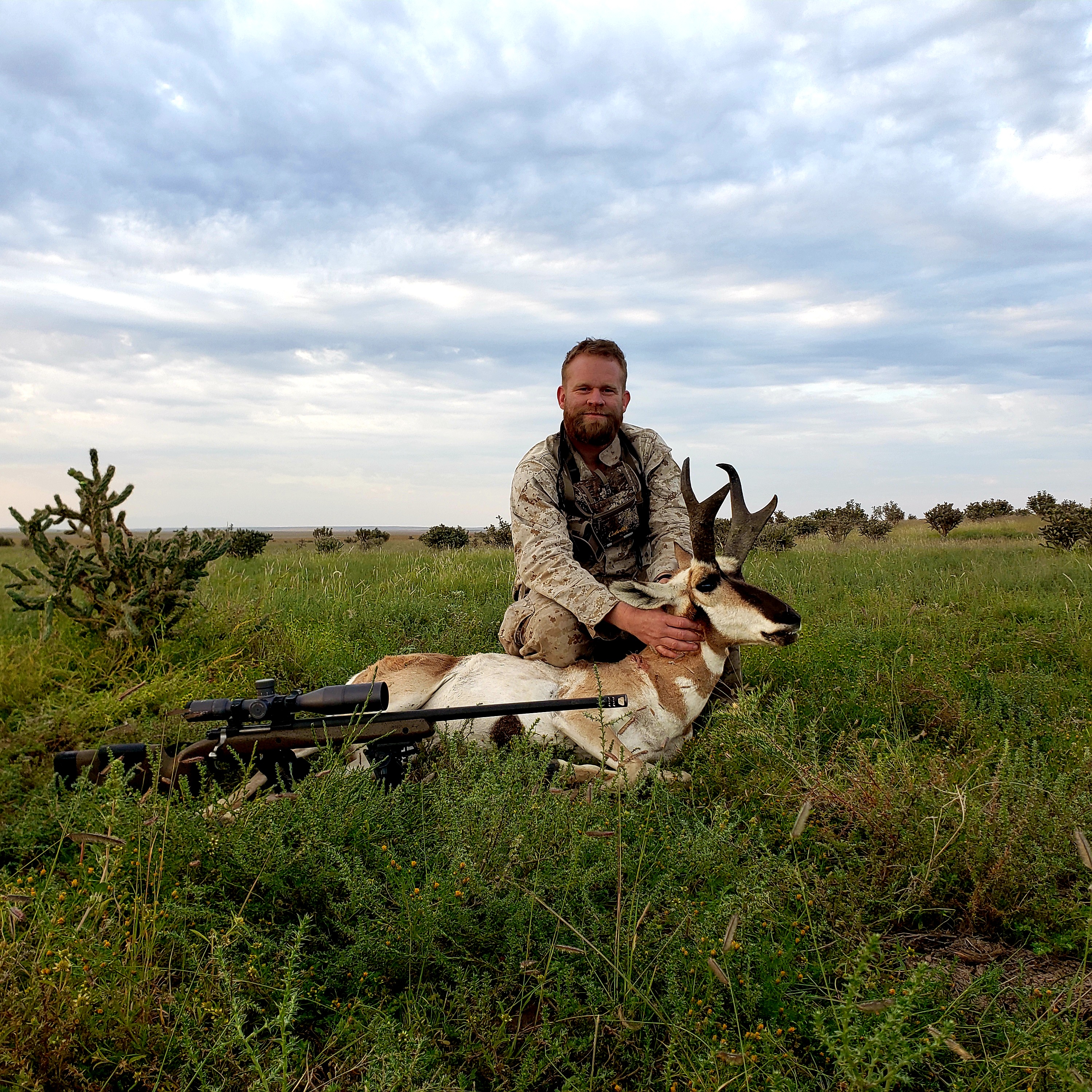 Thomas Gomez is the founder and C.E.O. of High Desert Rifle Works. He has over twelve years of experience in the Healthcare, Tech, and Outdoor Industries, working as an analyst, researcher, consultant, technical writer, and program manager. Thomas has an M.B.A. from Western New Mexico University, numerous armorer certifications, and teaches precision rifle for Q Pro Defense. He spends his free time ranching, farming, fly-fishing, and hunting the high deserts and mountains of his native New Mexico. He can be reached via Instagram @highdesertthomas.