In my part of the world, anyone who's going to hunt coyotes better plan on coping with cold weather. Last week while hunting with a friend, it was -29°F (-34°C) when we started the day. I'm old enough now that I try to avoid venturing out unless it's at least better than -5°F (-20°C), but my friend only had a few days off for hunting, so we just dealt with it. We ended up taking 13 coyotes in two days; nothing broke, we never got stuck, and no one got frostbite, so we called it a success.

The lure of the easy path is a lesson Coyote School teaches hunters early. And not just coyote hunters, because every critter worth hunting I can think of has preferred routes they habitually travel. Animals and people are similar in that there's always a desire to take the path of least resistance. As hunters, we know the best hunting is usually a long way from the road, in places where people looking for an easy time don't venture. But let's face it, most of us appreciate it when hunting is just a little bit easier. I certainly do.

Coyotes, and many other game animals, aren't much different from people in that they like to take the easy route too. If you happen to live in snow country, you'll immediately recognize what I'm talking about, as these trails are simple to spot when a blanket of white covers the ground. We usually call them game trails, but as a dedicated predator hunter, I call them coyote highways. They are the routes coyotes travel when moving between locations, particularly feeding and bedding areas. Coyote School taught me many years ago that if traveling through fields and forests is challenging because of deep snow, coyotes will establish well-traveled trails to get them from one location to another. The deeper the snow, the more challenging it is for them to move and the more apt they are to use these trails. 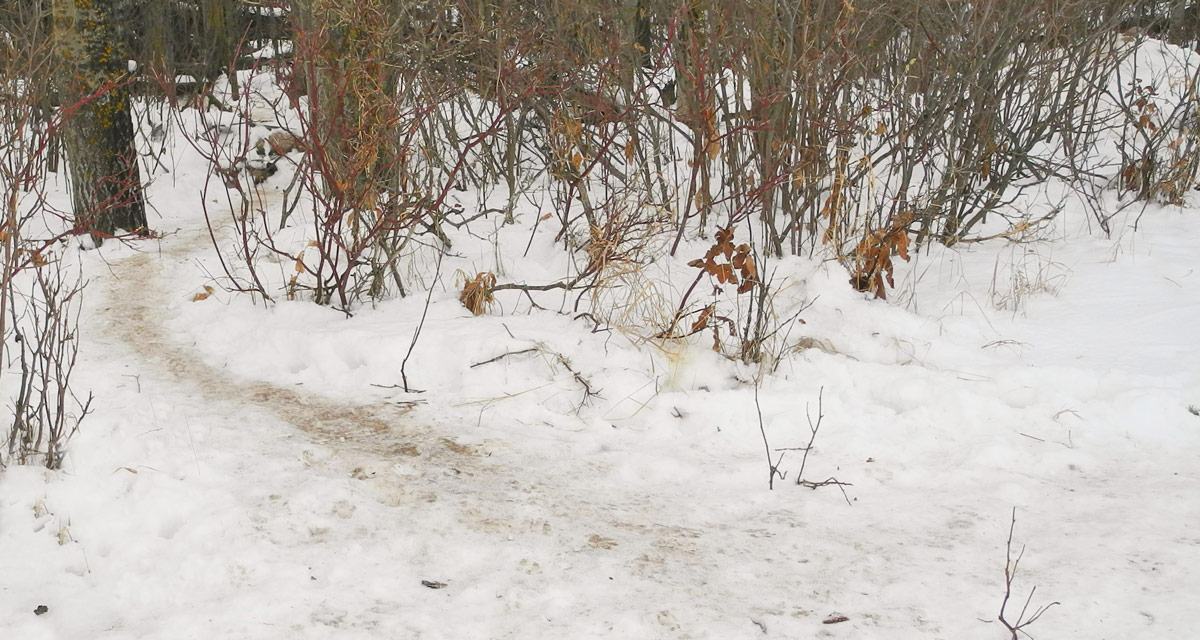 This "coyote highway" cuts through a dense patch of bush and provides an easy route for travel.

A savvy hunter can use this to their advantage. Setting up with a view of these coyote highways at the right time of day can result in successful ambushes. Calling in the vicinity of them makes it easy to predict that when a coyote appears, he'll be skipping down that beaten path he's taken so many times before. Coyotes are smart enough to calculate that if there's an easy path available to take to a dying rabbit, the payoff will be worth the effort. However, the calorie expenditure isn't worth the potential reward if they have to break trail through deep snow all the way there and back.

And if no such coyote highway exists, I've gone so far as to make one. If the snow isn't too deep, driving a 4X4 truck across a field where coyotes are starting to require some effort to move will invariably funnel them into the vehicle tracks where it's much easier traveling. In really deep snow, a snowmobile and the packed snow it leaves behind will have the same effect. I've even requested farmers drive their tractors along a particular route to create a path I want coyotes to follow. 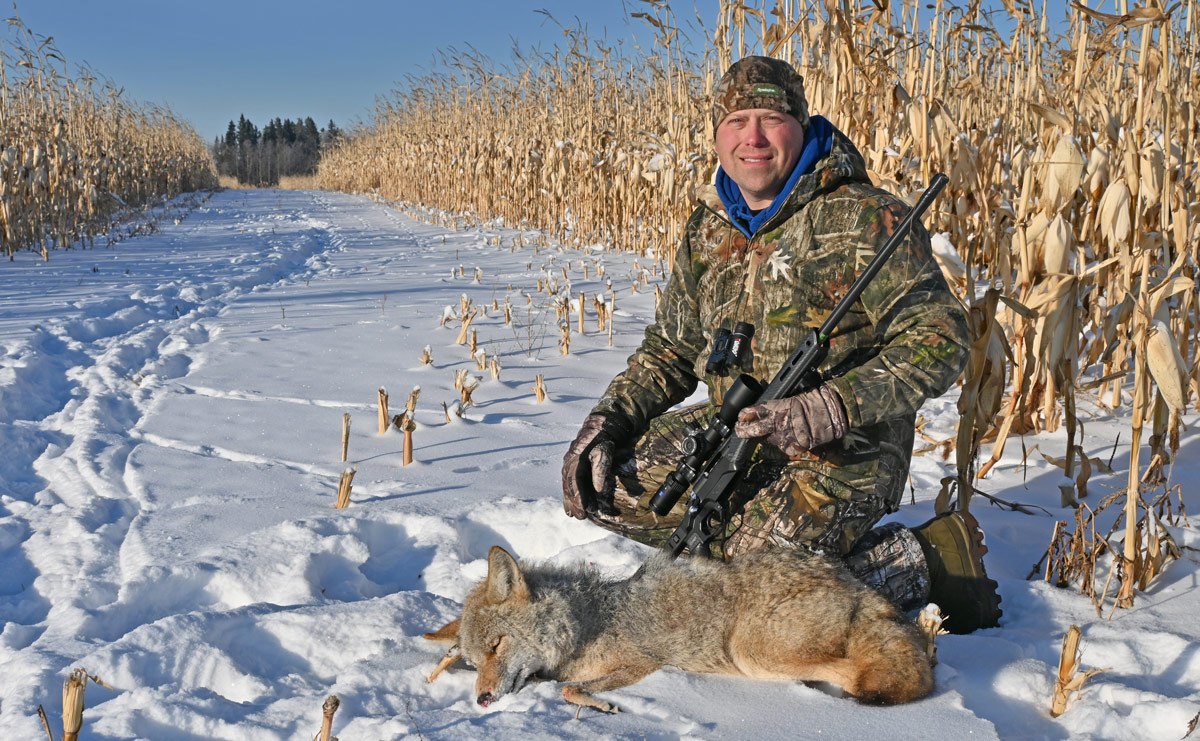 Gaps in a cornfield provide natural pathways for coyotes to follow.

The fact coyotes like to take the easy path is a great hunting tip, but it's also a lesson for life. Every time I take a coyote along one of these highways, Coyote School reminds me that the easy and right ways are not necessarily the same. Sure, there are times when the easy and right ways coincide, and it's great when that happens. However, all too often, it's the hard and right ways that align perfectly. When that happens, it's nothing less than a test of our character. Things like having that difficult but necessary conversation, restoring a strained relationship, or filling out a tax return with complete honesty, are all examples of traveling a less-than-easy route.

Six coyotes, all taken in a single morning by ambush along their travel route.

I certainly don't get it right all the time and invariably regret it when I mess up. Hopefully, I'm getting better at rejecting the easy way if it isn't the right way. As long as I'm chasing coyotes, I'll always have them to remind me there's a path that leads to undesirable long-term results. It's best to use every bit of wisdom I can find to discern where it lies and avoid taking it.

Al Voth calls himself a "student of the gun." Retired from a 35-year career in law enforcement, including nine years on an Emergency Response Team, he now works as an editor, freelance writer, and photographer, in addition to keeping active as a consultant in the field he most recently left behind—forensic firearm examination. He is a court-qualified expert in that forensic discipline, having worked in that capacity in three countries. When he's not working these days, you'll likely find him hunting varmints and predators (the 4-legged variety).