I recently picked up a couple of barrel blanks from International Barrels for future projects. Two of the three have future homes; the last is a .30 caliber M40/M24 profile, which I bought with no real direction. Initially, I decided to turn up a .308 win that I could swap out on my Ultimatum Precision Deadline sitting in an MDT ACC Chassis System. That seemed like a good idea until the .223 Ackley Improved tube on there became one of, if not my favorite, rifle to shoot. It looks like I needed a whole new platform to build on.

In the current market, the options are endless. I could start from scratch with a custom action. That would be easy, but there's no fun in that. I like to tinker, collect data and improve things. So, it's only fitting to start with a "cheap" factory rifle and slowly improve it until there's an entirely new rifle. Yes, the destination is the same, but it's about the journey.

SELECTING A BASE RIFLE

When it comes to factory bolt guns, there are a good bit of options. I'm looking for a proven product with a strong aftermarket, a good factory trigger, and a low-ish MSRP.

I always tell people that if you're getting into long-range shooting, the Bergara B-14 HMR is a great out-of-the-box starting point; it hits all parameters. However, it's almost too good out of the box for what I'm looking for. Plus, they were a little more expensive than what I was looking to spend. That, and I've gone down that road before with a 6.5 Creedmoor with phenomenal results. You can read more about that here. 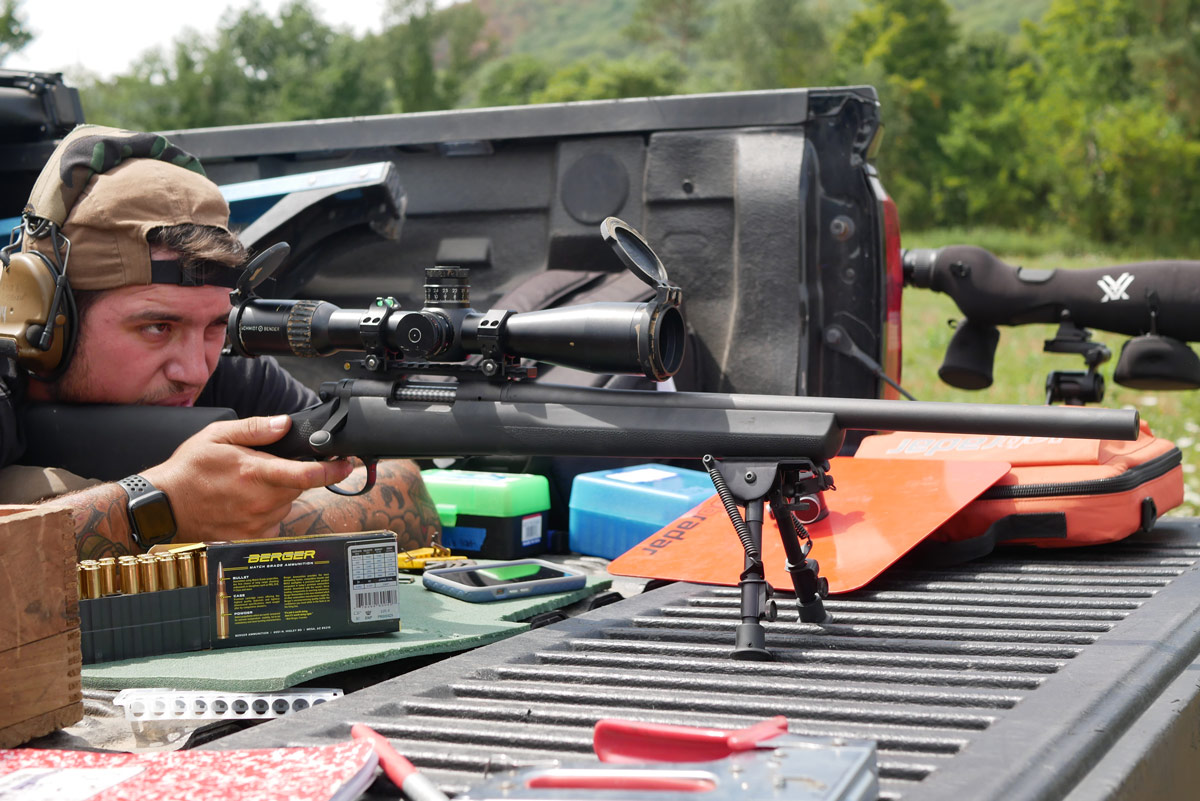 Remington 700 SPS Tactical is a great place to start for a precision rifle build.

Savage Axis? That would work, but the aftermarket is less strong than I would like. Tikka? I love the T3 series, but I've already built a .308 win on one, which you can read about here. That left me with the one-and-only Remington 700. What do I love more than the .308 Win Remington 700? Answer: nothing.

More: Is the 308 Winchester Still Relevant?

I rode to my local gun store to make my rounds and see what I could find. What I found was bittersweet: a 20" 700 SPS in .308. Sweet, because that's exactly what I was looking for. Bitter because it has a nice barrel that I almost feel bad about tearing off and throwing away after a couple of 100 rounds. Emphasis on 'almost.'

I bought the rifle and headed home to outfit it. I threw a scope base on a Schmidt & Bender PM II 3-20x50 and a standard Harris bipod, and I was ready for the range. Some might say that is too much glass for this rifle, and I agree. But where we are taking this rifle, it will be right at home. 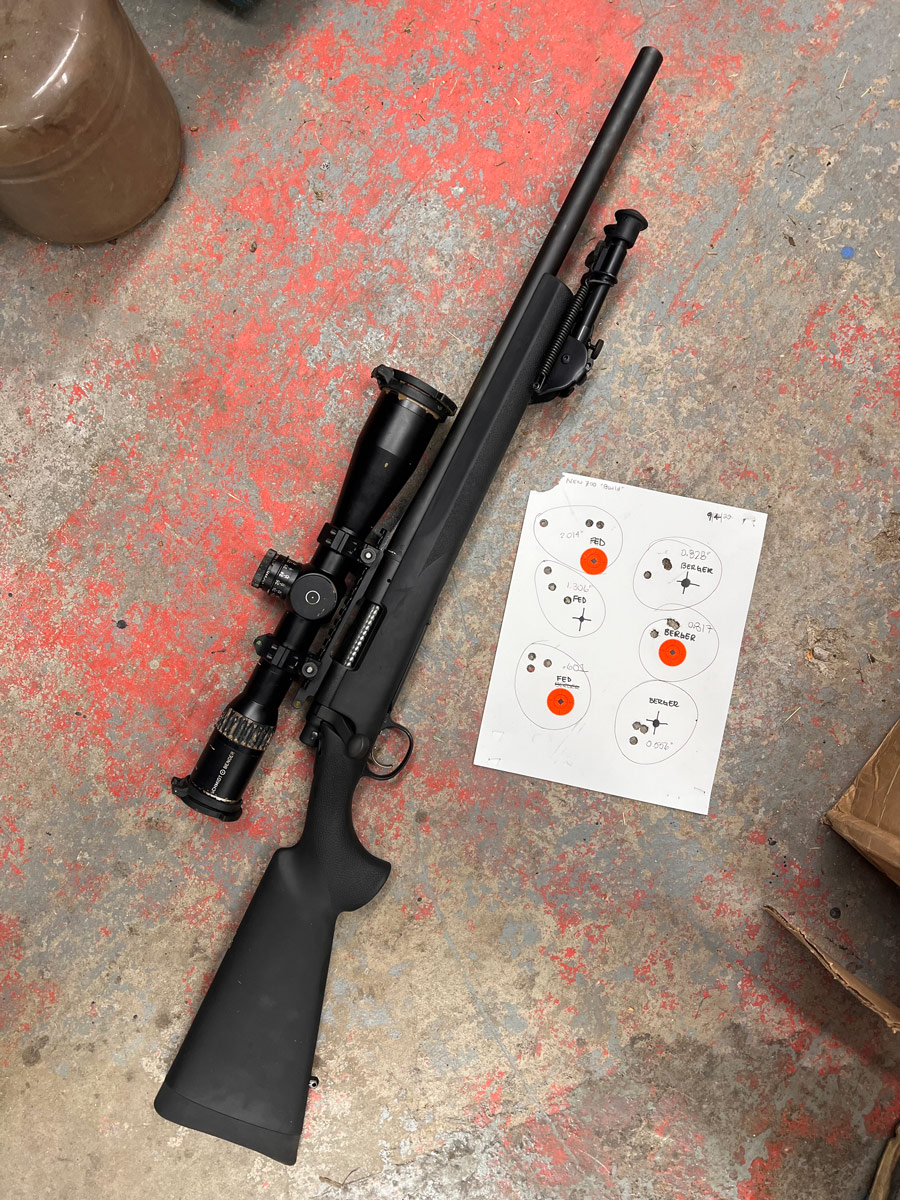 On my first trip, I only shot a total of 19 rounds. The first five rounds were for getting on paper and getting a rough zero. I followed that up with three – three round groups just for a quick baseline with different factory ammo offerings. The results are as follows:

Note: all ammo being shot through the factory barrel will be factory loads, mostly the Federal and Berger; that's what I have on hand. Load development will be conducted when the new barrel is spun on.

I recently put a target out at 1100 yards at the farm I shoot at, so once I shot a couple of groups, I decided to chuck one out there and see what happens. At this point, I was shooting the Berger. I dialed in 13.5 mils, held the left edge, and sent it. To my surprise, I made a solid impact. Lucky guess? To see if it was a fluke, I sent four more rounds. The wind decided to switch up on me, but I did manage to conjure up another solid impact on the last shot.

After cleaning the barrel, I made a subsequent range trip to see what size groups I could expect moving forward and to get some more trigger time. Here are the results: 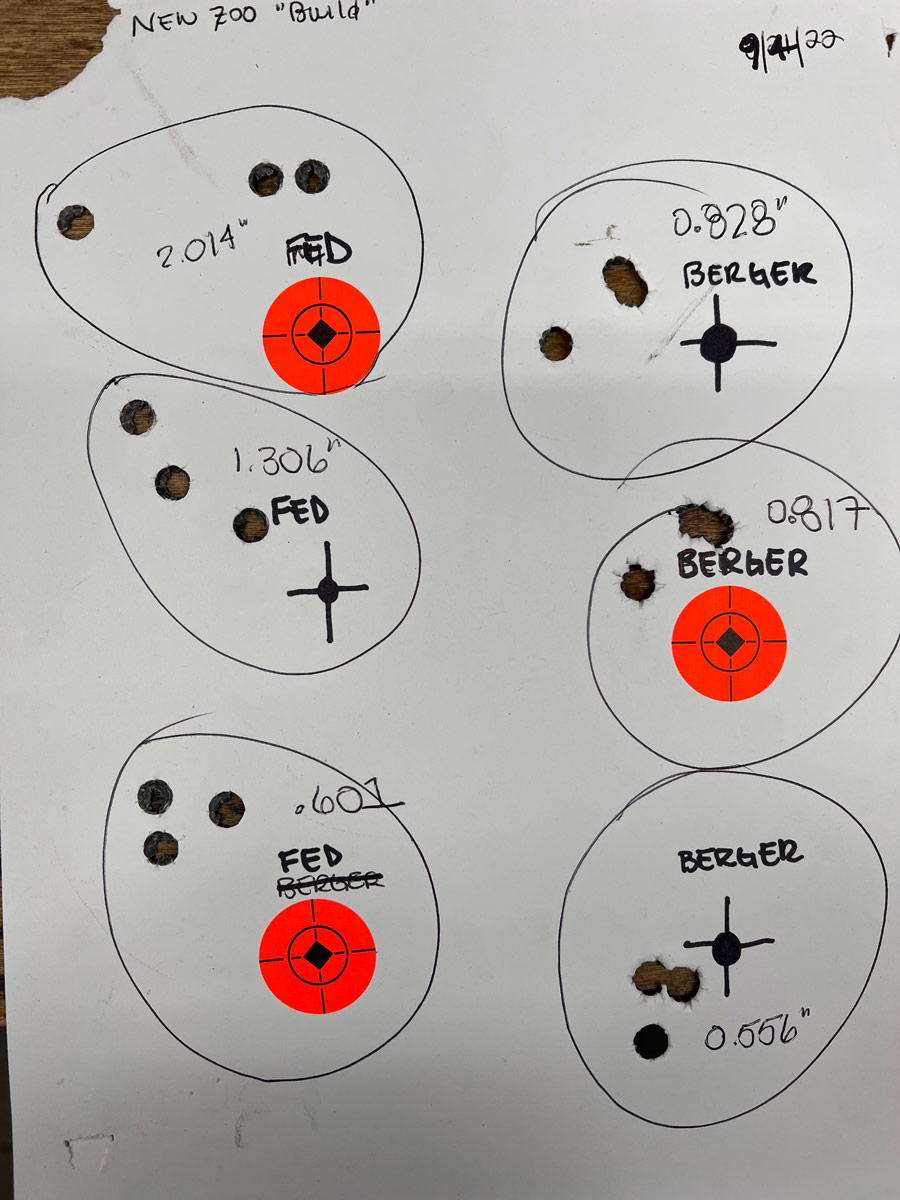 According to the ballistics wizard Brian Litz, multiply your 3-round groups by 1.28, and you'll get an excellent estimated 5-shot group size. Applying that math, this is currently sitting between a 3/4 and 1 MOA rifle. That's nothing to be upset about, but there are some issues.

The rifle groups are fine, and I'm happy with that. The trigger is a standard X-Mark Pro. When it comes to factory triggers, these and Tikka are my favorites. The Hogue stock comes from the factory pillar bedded. That's where the upside to the stock stops. It's far too light and flimsy, making it a nightmare to shoot in terms of comfort. Am I a prima donna? Maybe. It's also far from being free-floated.

The inspiration for the project moving forward is a "sniper" like rifle that will mostly be a testing platform shooting from the prone. I'd also like to be able to shoot matches with it. 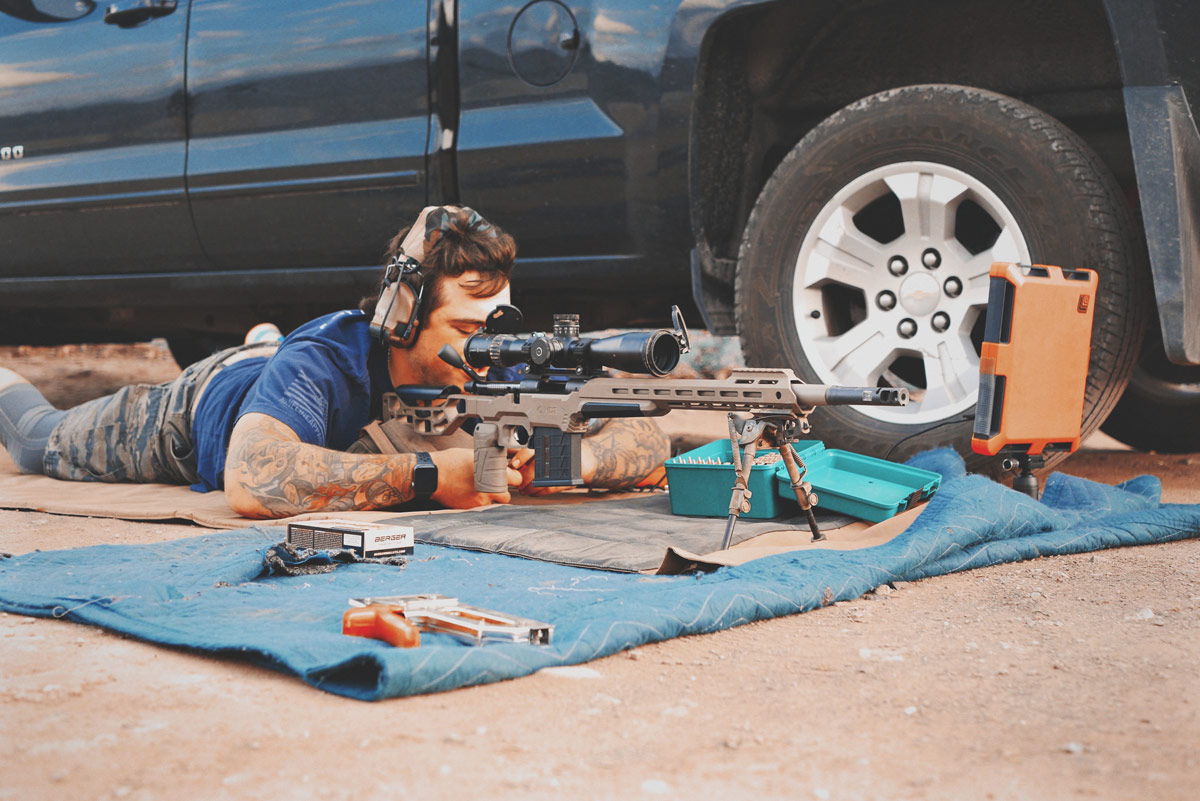 The plan is to drop the barreled action into an MDT ESS Chassis System with an ARCA rail, thread the barrel for a brake, thread the bolt handle for an oversized handle, and collect more data. I will be spinning up the International Barrels tube for it and collecting more data during the "break-in period." I will be ending the series with proper load development. I'm looking forward to every step of this project and bringing you, the reader, along for the ride.

William Maxwell served in the United States Army. After returning from his first deployment in 2015, he started building firearms and focused heavily on pistol and carbine training. In 2018 he fell into the rabbit hole of precision rifle shooting. He spends his free time competing, reloading, editing digital content, and writing. He can be reached via Instagram @maddmaxxguns.