Not long ago, I wrote a series of articles about building a training rifle for precision rifle competition. It resulted in a rifle nearly identical to my match rifle but chambered in .223 Ackley Improved. You can read more about that here. 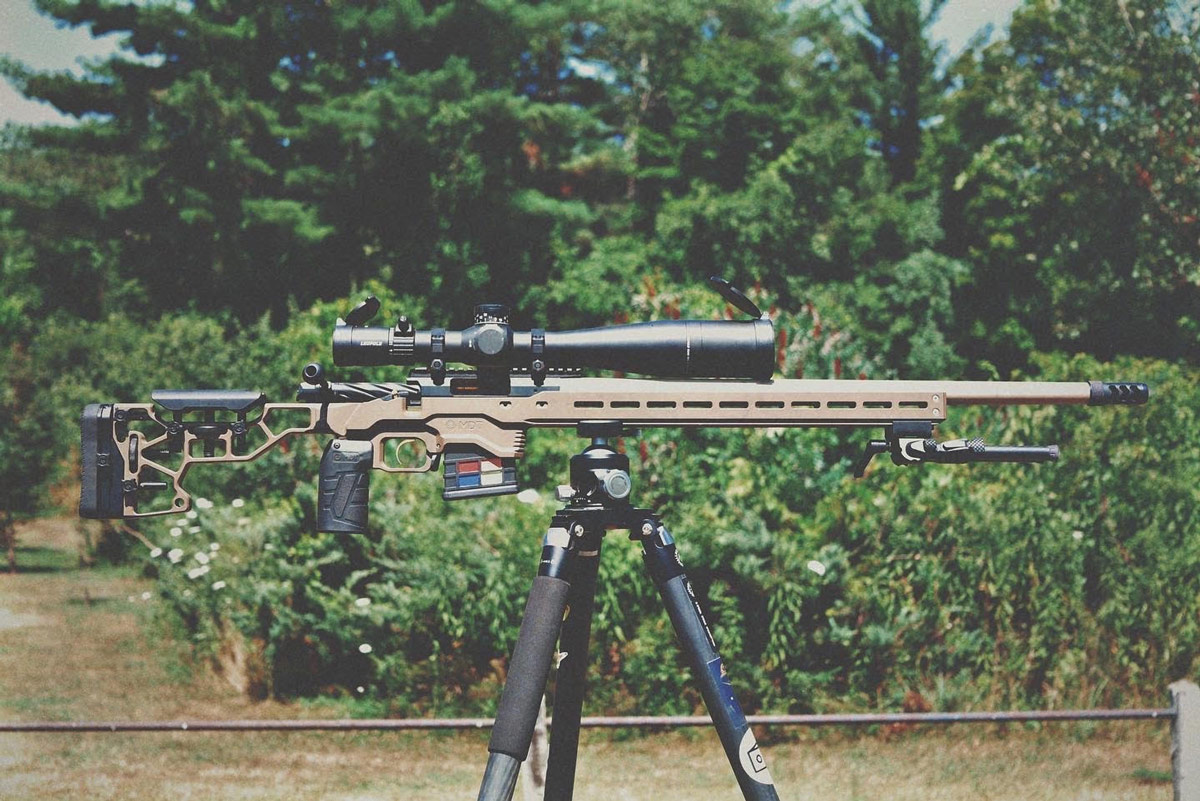 Since I've conducted load development and been able to stretch the legs of this platform, I've decided to make it my mission to spread the word and try to normalize this cartridge in our space. It has done nothing but impress me so far. Whether it be group size, velocities, consistency at distance, felt recoil, etc., I have a total of ZERO complaints. Today we will be discussing the load development process. Before we get to brass tacks, let us take care of some housekeeping notes: 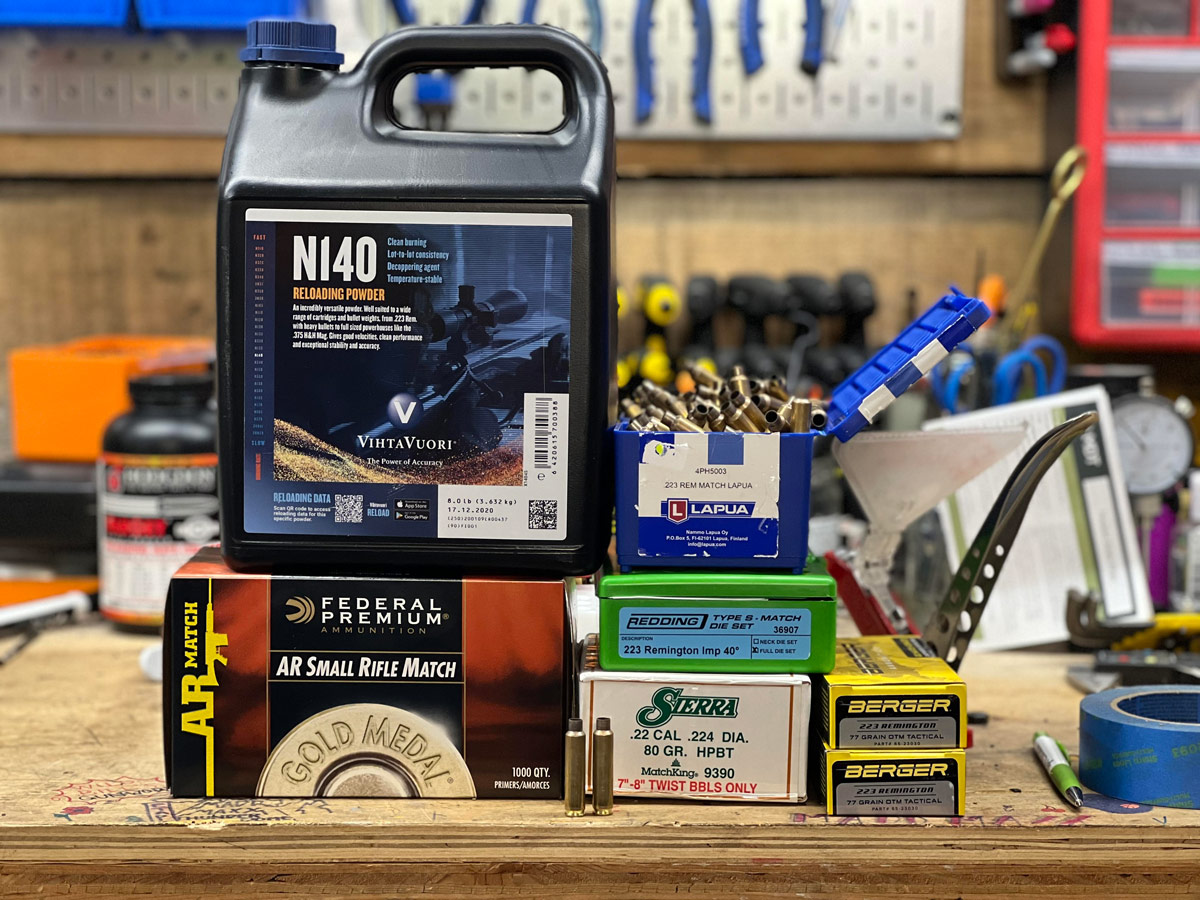 Loading components. I am a big fan of Lapua brass and Berger bullets.

In case you haven't read the build article I originally posted, the rifle used is an Ultimatum Precision Deadline action with a Bartlein 1:7.5" twist .224 barrel with a Heavy Varmint (#8) contour sitting in an MDT ACC with a deadline compatibility kit. All shooting was done from the prone using an MDT GRND POD and a rear bag.

If you're unfamiliar with wildcat cartridges, you first need to make the brass from the parent case. In this case, all it takes is firing a loaded standard .223 Remington round through the chamber, and on the other end, you have a fire-formed case. There are different methods like hydroforming and the cream of wheat method, but I don't have time for that. Also, this rifle shoots groups with .223 ammo, so you get added training value during this step of the process.

During the initial fire forming and barrel break-in, I mainly shot 55-grain FMJ with a safe charge of Shooters World Match. I've also got my hands on some Berger 77 grain OTM .223 Rem factory ammo to train with while fire forming. If we're being realistic, I feel 100% confident shooting a match with that. Here are some of my results:

Not only did it group great, but the numbers also were not horrible either for ten rounds (relatively speaking to the situation):

For this rifle, I decided to use the Optimal Charge Weight (OCW) method instead of the 10-round velocity ladder method I typically use. I went in this direction because, anecdotally, it's faster and easier but less precise. You might ask, "Why would you use the less precise method?" The answer is simple: The original purpose of this rifle and load was strictly for training though it will likely be a match rifle before long.

To conduct an OCW test, you will need to do a full brass prep with the fire formed cases. You will then load up five rounds of 5 different charges for a total of 25 rounds. You determine the charge weights used, but I typically start with the max charge weight and back off 0.3-0.5 grains. For this test, I went with 24.8, 25.1, 25.4, 25.7, and 26.0 grains of N140. The cartridge overall length (COAL) used was found in the Sierra Load Manual app that no longer exists in the Apple App store: 2.460".

Pro Tip: if you want extreme precision, use cartridge base to ogive (CBTO) to measure cartridge length. Bullet tips are typically not uniform and will give you inaccurate COAL readings.

HERE ARE MY RESULTS FROM THE OCW TEST

I ended up deciding to go with 25.7 grains. It had the most consistent numbers and an excellent group to match. The overall group of .987" is not very impressive; however, the flier was a shooter error. The four quality trigger pulls resulted in a .403" group. A sub-inch group and an SD under 10 is a winner in my book. I tend to believe SD and ES numbers are more important than group size if you're shooting out to distance, but that's a discussion for another day. 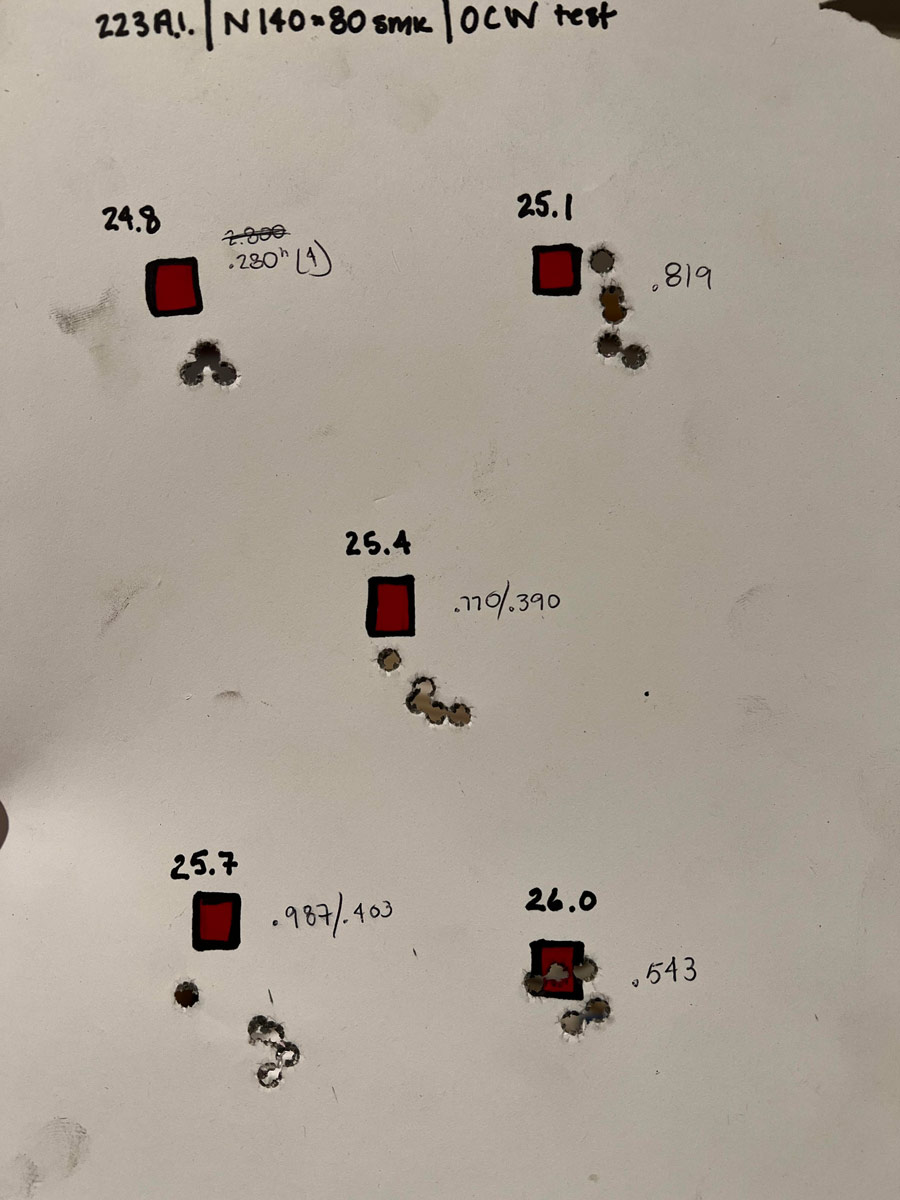 More: A Look at Reduced Loads 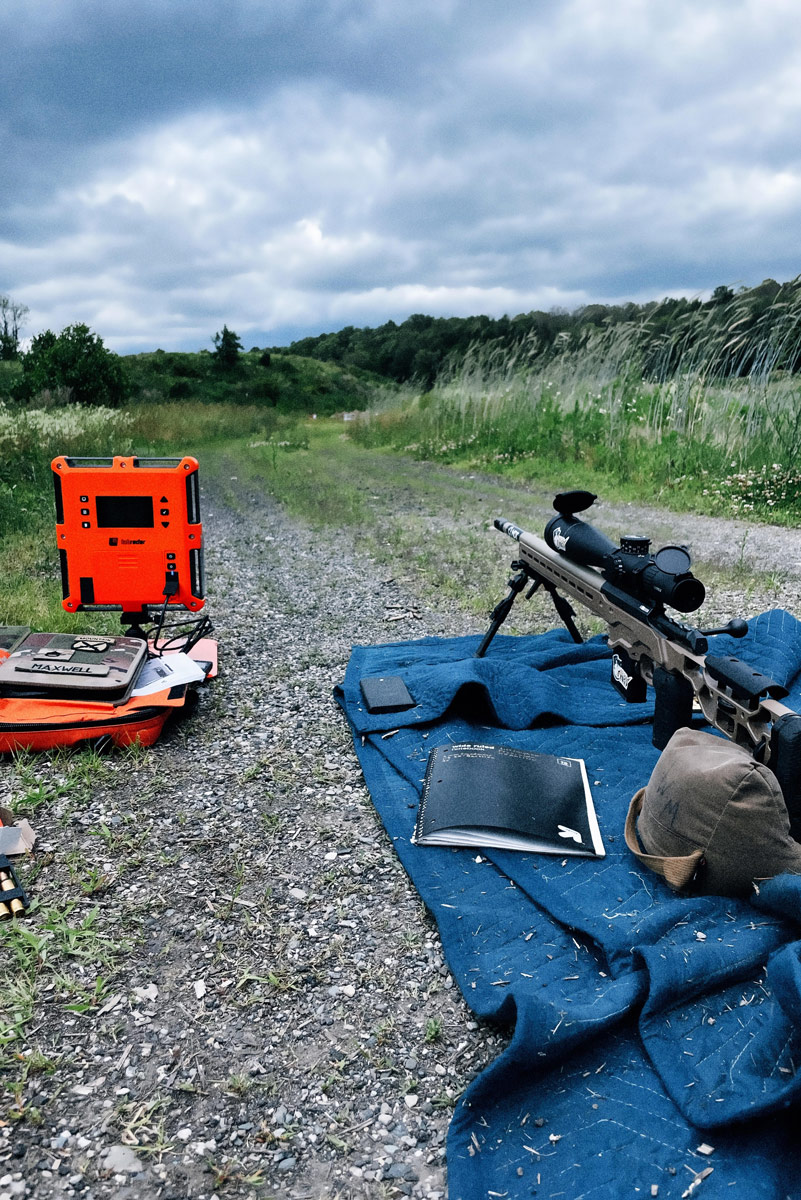 Shaking out the 223 AI loads. This rifle is an absolute pleasure to shoot.

Trust but verify. The next thing to do is load up more ammo with that load and test at 100 yards and out to distance. Subsequent groups were all in the ½" range, plus or minus .1". While I'm extremely happy with the results on paper, the results on steel are what's impressive. 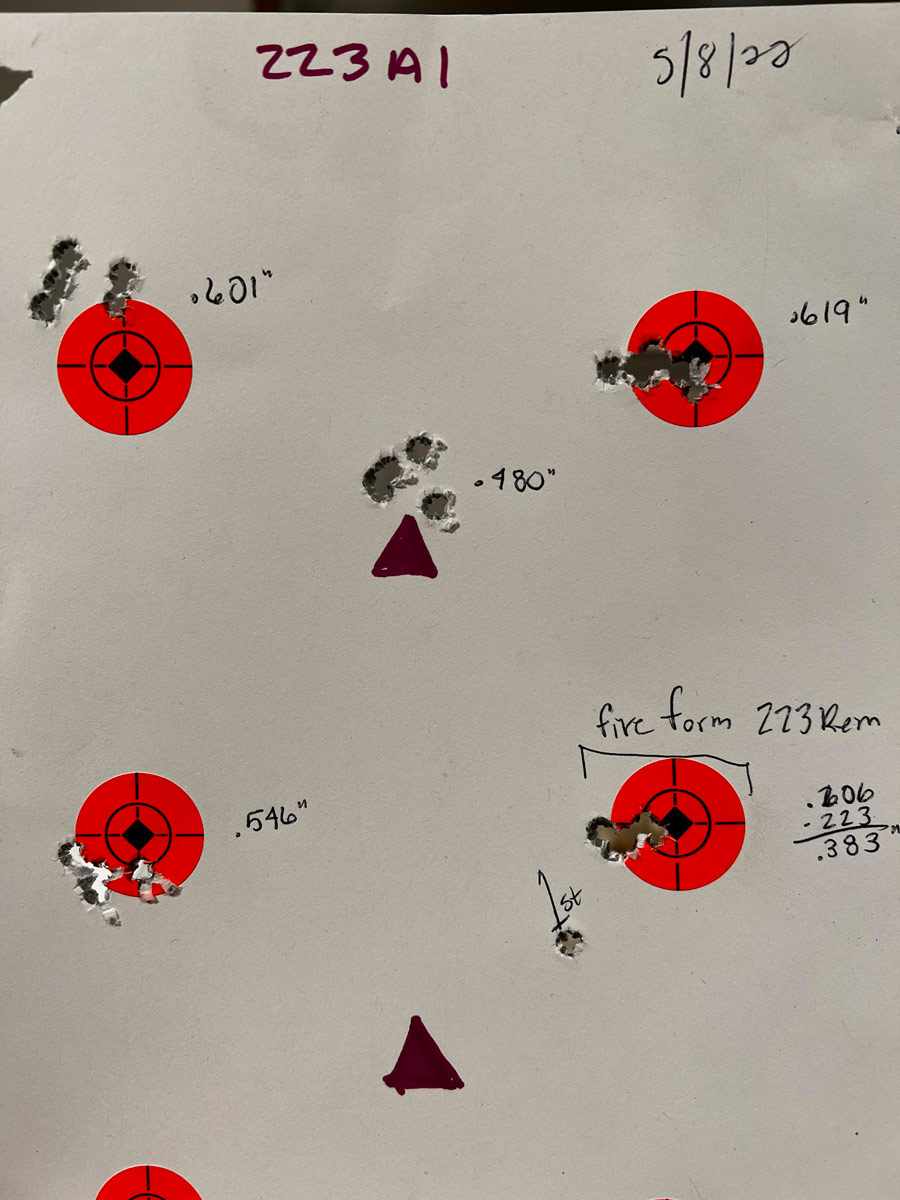 On a recent range trip, I was able to push this load out to 1010 yards in some gusty wind. The firing solution was + 8.2 mils. For reference, my 6mm Creedmoor pushing a 105-grain bullet at 3050 FPS needs +8.1 mils to reach the target with 40.1 grains of powder. A 6.5 Creedmoor with a 140-grain bullet moving at ~ 2700 FPS needs +9.3 mils with 41.5 grains of powder. I find this so impressive because, ballistically, you are getting the same or better results with roughly 40% less powder and noticeably less recoil. In this economy, the savings in powder are priceless. In competition, it doesn't matter how hard the target is hit, as long as you hit the target. 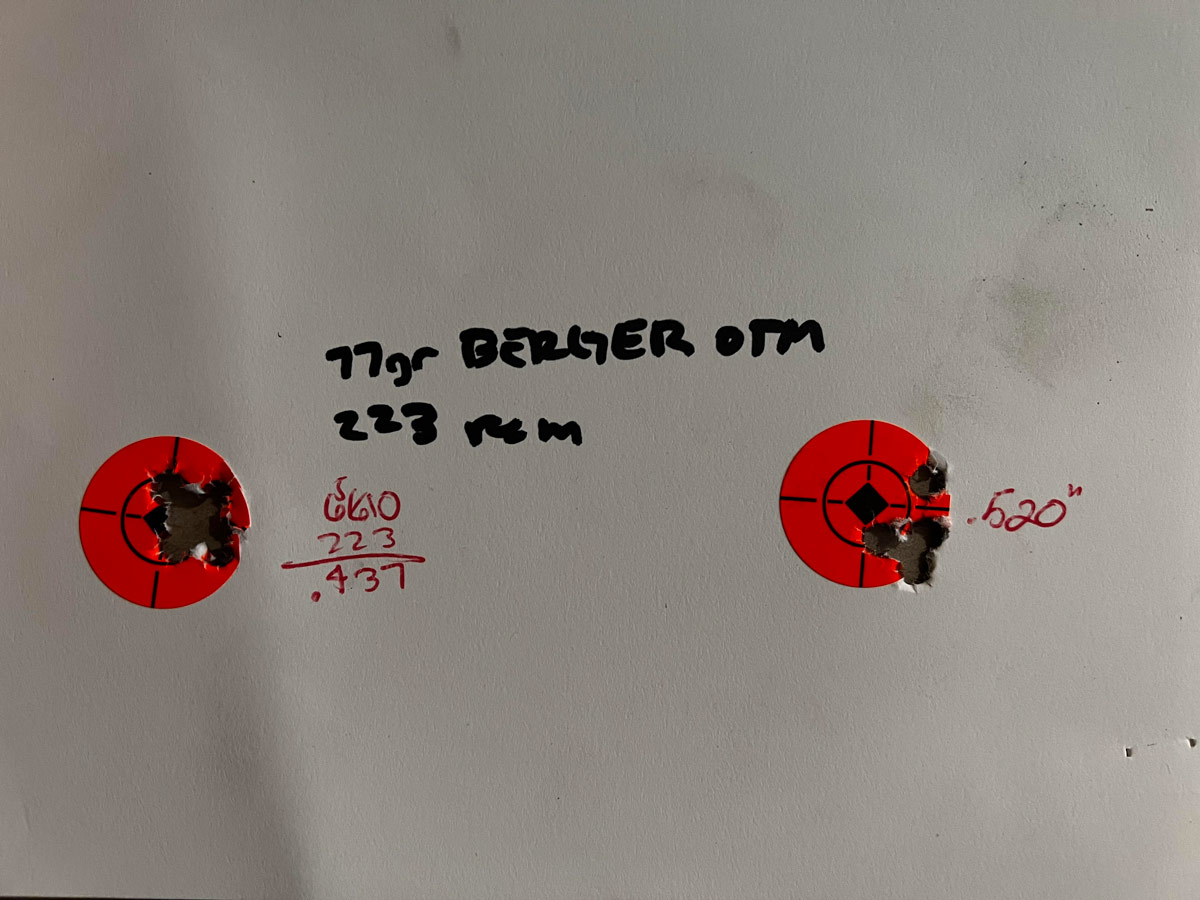 Something to note, the factory Berger 77 grain OTM ammo needed +10.8 mils. I recently found some 85.5 grain Berger Long Range Hybrid Target bullets and will be conducting a new load development soon. This rifle is perfect for competition, training, and hunting.

The moral of the story is this: GET A 223 AI. Thanks for reading!