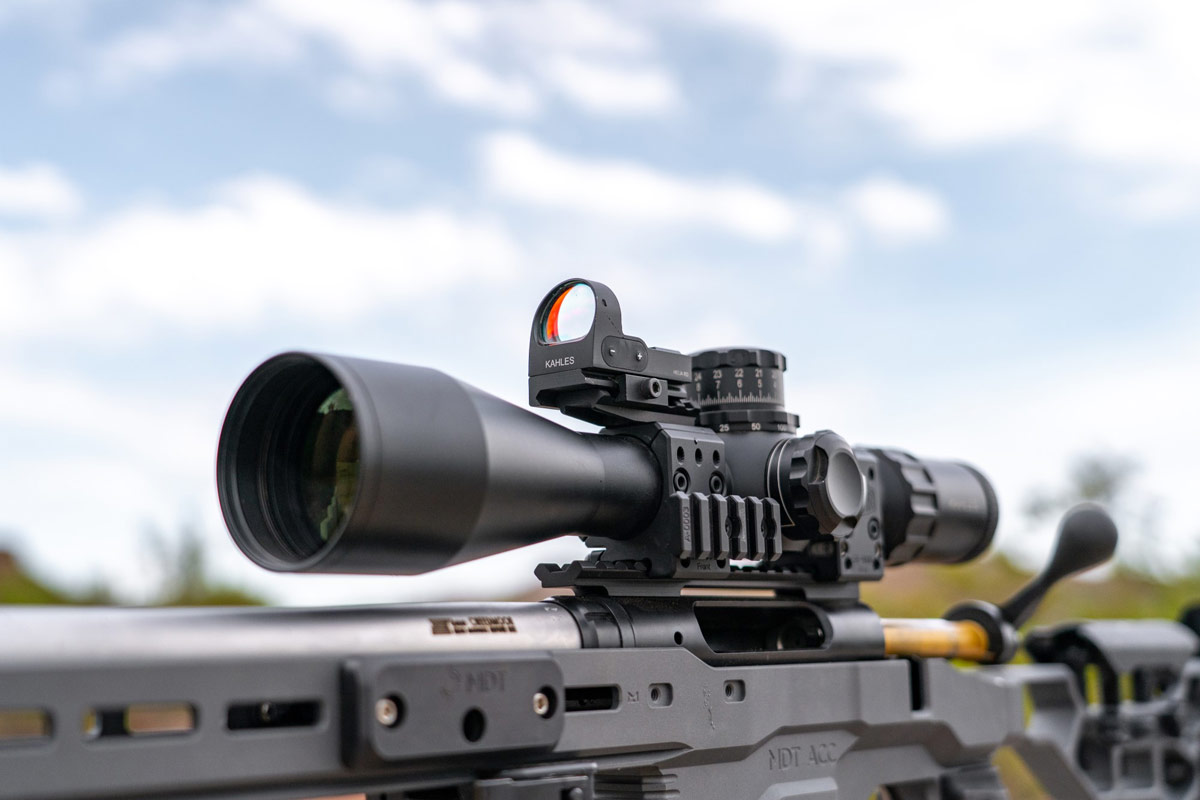 While we have many accessories available for the precision rifle, none may have an adaptation as wide as the red dot optic. It’s strange to consider that there is now a group of shooters who have not known a period of time without the red dot.

I remember fitting a Leupold Delta point to my pistol back in 2007, long before it was the EDC norm. Back then, that was innovative yet, looked upon as a bit odd by the hardened shooter. I believe the same can be said about a red dot on the precision rifle today. While it’s not necessarily “new,” it’s by no means the norm, and many people still question why anyone would fit such a piece to their precision stick.

I’ve toyed with the move off and on for a couple of years, choosing to wait to see how useful it would prove to be for others and to not appear as someone jumping on the bandwagon or trend. This has long been my approach to products and techniques that are initially beyond my familiarity. As I learn more of the deficiencies in my kit set up and shooting capabilities, I feel comfortable adding the red dot to at least one of my rifles.

The use of the red dot can be placed into two main categories. One might use it as an aiming device for quick shots at shorter engagement distances, much like how it is used on the modern sporting rifle platform, whether for hunting, tactical purposes, or general range shooting. Here, the red dot is situated as the primary aiming source or as an adjunct to a magnified optic and mounted on the rifle at an angle. The latter means the shooter will have to cant their rifle to utilize the optic. Still, it allows for a higher magnified optic as the primary. In this vein, the red dot is typically zeroed for engagements around 25 yards and in, although that distance can vary.

The red dot optic can be used the same way on a bolt action precision rifle as well. Understand that the term precision rifle is broadly used and can mean a lightweight version intended for hunting a majority of the time. It could also be a general bolt action rifle with no clearly definitive role other than general use. Think Sig Cross, for instance. And obviously, it could mean a rifle that is set up for tactical or competition use as well. Let’s just say if it can take an optic, and the red dot can be the primary or secondary aiming source.

A quick search on Youtube, and you’ll find a European gentleman using an Aimpoint on his bolt action rifle as he literally obliterates wild pigs as they run through his field of view. This may be more of the extreme end of use for the optic, mainly because of the practice required to use it this effectively, but it’s an example of its effectiveness on a bolt action rifle. 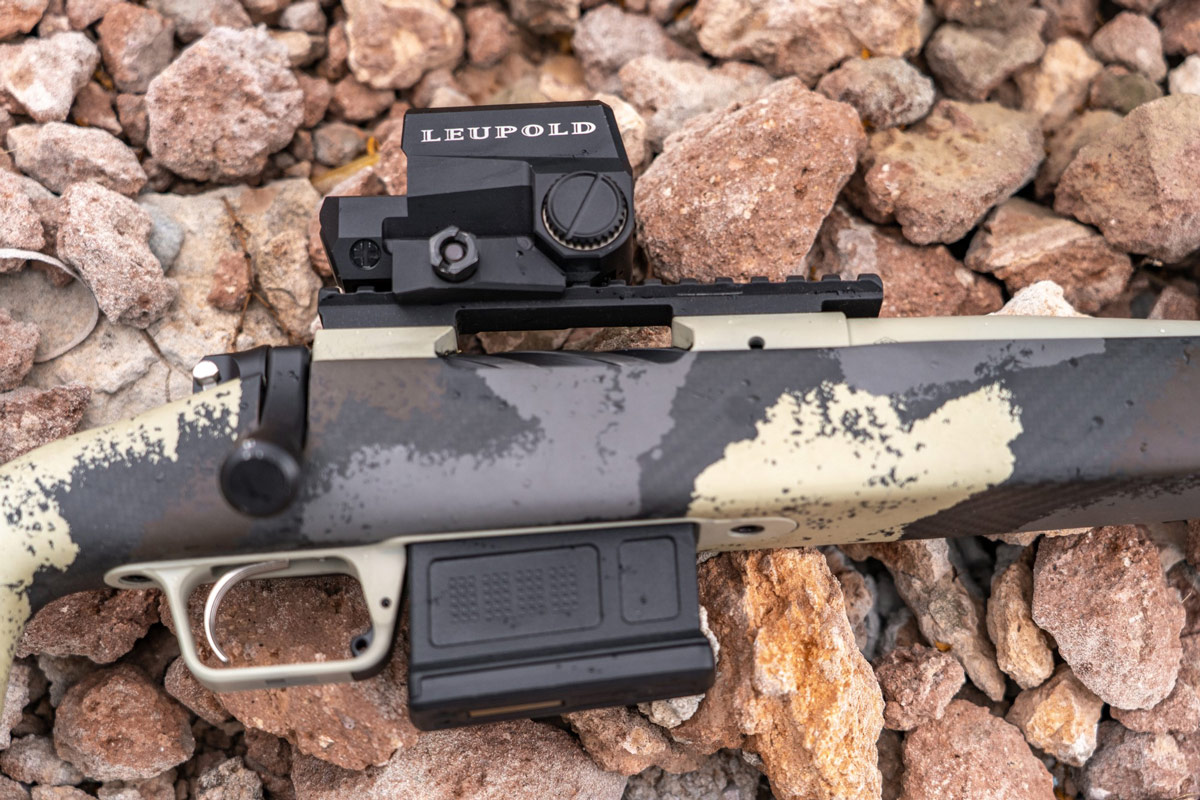 I don’t see why one couldn’t have a red dot on their precision rig, zeroed for 100 yards as a quick engagement tool. It’s easy to assume every situation will allow for some positional type of shooting with a given amount of time, but that may not be the case. A red dot could be the answer for quick, accurate engagements at ideal ranges. 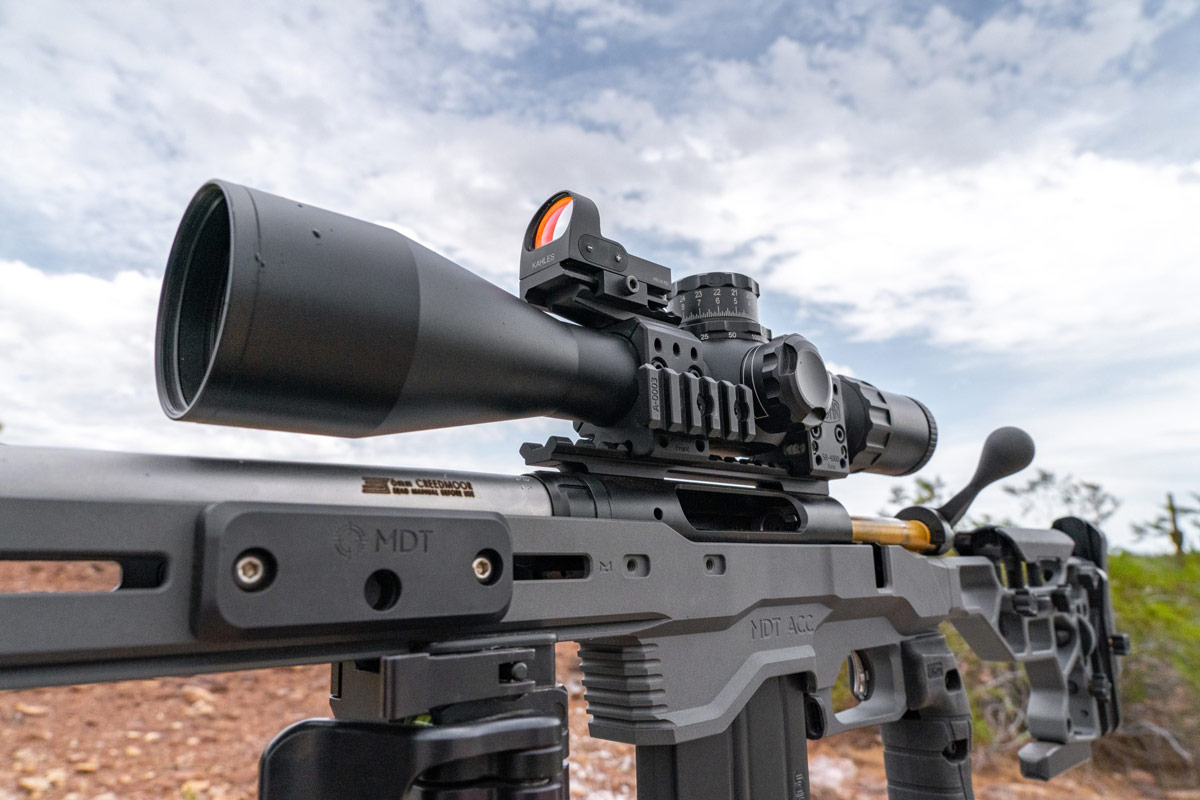 Another way the red dot is being utilized is for aiming purposes. Many a precision competitor is mounting a red dot or micro red dot atop their scope rings and using it to aid in finding targets before looking through the magnified optic. Why? The reason is simple; it could mean not having to lower your magnification to find a target or set of targets, only to have to turn your magnification back up to engage. It’s also a matter of general ease in finding targets regardless of what magnification your primary riflescope is set to. We’ve all had difficulty finding targets that we know are “right there” in front of us but have eluded us because we weren’t quite pointed directly at it. Again, the red dot can help with this.

You can also use a red dot with your favorite spotting scope or binoculars. Many setups allow for the attachment of a red dot via Picatinny rail. Red dots can be attached directly to the spotting scope or a tripod head or other accessory attached to your spotting setup. Here, again, the red dot is used to help get you on target faster, especially with the increased magnification and narrower field of view associated with spotting scopes. 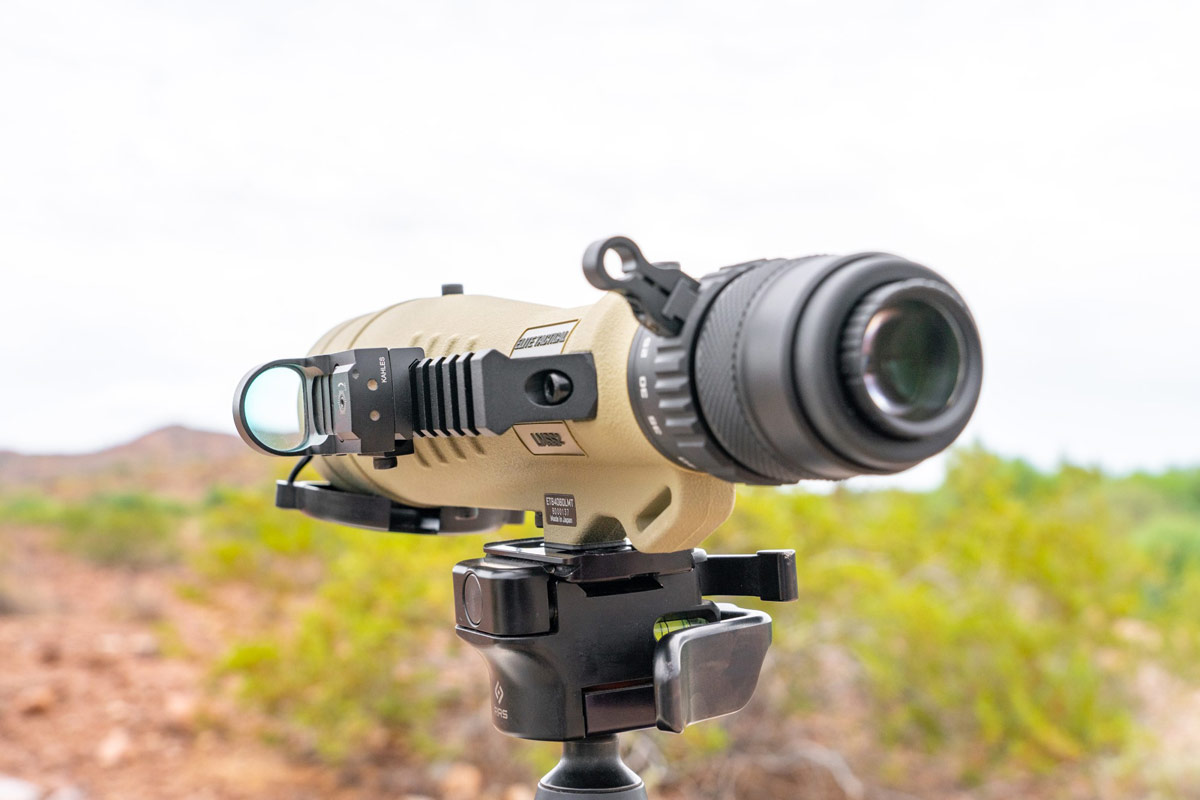 A red dot on a spotting scope allows you to quickly find your target.

When it comes to our precision rigs, there are many wants and needs. Where the red dot will fit into your setup is up to you. But it seems as though it’s become a highly useful and beneficial tool to have on your rifle and in your kit. They’re not terribly expensive either, with several different brands and models to fit your needs and budget.