My name is Daniel M. For my whole life 31 years (now 33) I couldn’t purchase a firearm. Here’s my story as to how I changed my life and earned back my freedoms.

I grew up in Utah with a great family. I played sports, straight A’s, but I didn’t have any guidance/father figure once my grandfather got sick (cancer) and later passed away. I began going down a path that neither myself or my family would’ve liked. At the age of 14 I began doing drugs and lost all that I worked for in a couple of years with grades and sports. By the age of 16 I had dropped out of High school and was legally emancipated from my mother. I was kicked out of the house and began living in my truck. Shortly after I started working as a commercial painter and was able to get my own place. This worked out for about a year but during this whole time I was still addicted and the company I worked for took a big financial hit when a builder filed bankruptcy. The owner of my company couldn’t pay us because he had lost a lot of money on the job. This is when my addiction pushed me into the act of stealing from the job sites I worked at. I was caught and arrested. I went to jail for a few months, got out and continued painting. I felt that I was going to change but again not long after I was right back into drugs. I continued on this path and again my addiction removed any morals I had. I began forging checks for money. This only lasted for a short time until again I was caught and arrested. Now by the age of 20 I had multiple felonies on my record. I should’ve gone to prison for this but the judge gave me one more chance to change. I spent a year between jail and a halfway house. A lot of people ask now what made me change and to be honest I can’t give a definitive answer. I remember while being in the halfway house sitting in the common room and looking around and seeing men from ages of 18 to 60+ years old. I began thinking this is something I don’t want to be involved in. In only a couple of years (18 to 20yrs old) I had received multiple felonies. Now freedoms and firearms were the farthest thing on my mind. I was working hard to change my life around. I began working 2 jobs at restaurants and earning the trust of everyone I could and at the age of 21 my former girlfriend got pregnant with our son, Kaden. I didn’t know what I was going to do but knew I had to be someone my son looked up to. 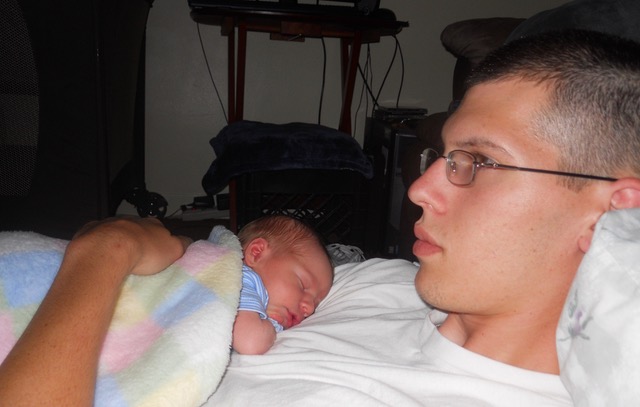 So at the age of 22 I successfully completed probation. I started working at a machine shop as a machinist. I still do this to this day (10+ yrs) and love it. For a lot of years I worked hard and did a complete 180 with my life. I’ve been drug free now for 12 years and counting. I began to realize that my mistakes years before Kaden was born would affect his life also. I couldn’t even coach my son's sports teams because of the felonies. I had effectively taken away his freedoms because of my actions. At the age of 28 my ex-girlfriend and I split up and I received full custody of my son. We do everything together and at the time he was in scouts. I remember the scout master asking if I could go to the camp where they were going to be staying. Once I realized they’d be doing target shooting and archery I had to decline. This was a hard thing to realize for myself but to explain to my son was the hardest. Many people didn’t know about my felonies and I would make up excuses if it had anything to do with shooting. Which was hard because as a kid I remembered all the great memories of my grandfather and I out in the Nevada desert shooting and having fun. It was some of the best times we had together. It was at this time I started looking into what I had to do to get my felonies off my record. I started looking and saw everything that was going to be needed to be done and how much work and time it would take. I’ll be honest when I first saw all that was required I pushed it to the back burner believing I didn’t have a chance. The guys at my work began to bug me about getting it done, along with my son and family. I came across a guy on a youtube channel called “Impact Shooting” (Pieter Malan) who turned out to be sponsored by MDT but was doing precision shooting, something I’d never done. It was very interesting to see all the things that are involved in long range shooting. He talked about the enjoyment and fun of shooting, along with working hard to achieve something you really want. I would constantly watch his videos and still do, because of this I wanted to do it someday. This is where I found out about MDT chassis. Many people started me down this road and helped along the way. At the age of 29 I began the process of removing my felonies. Which I didn’t know at the time but would take over a year to do. It was a crazy process because the individual has to get all the proper paperwork from tons of different agencies, which at times is hard because in my case this information was over 10 years old. After working hard and jumping through all the hoops and a ton of paperwork and waiting on submissions and paying fees I was finally to the point over a year after starting when I submitted it to the Utah Board of Pardons. It’s amazing to even get approved to see the Board considering they only hear 24 cases a year (2 per month). I remember how nervous I was before the meeting. The meeting went well and I explained how I’d changed and also the effects the felonies have caused to not only myself but my family. I, along with my family, felt the meeting went well but I’d have to wait to find out their decision.

Side note* picture shows date year 88’ - the secretary mixed the dates up, it’s supposed to be 2019 but she put my birth year. 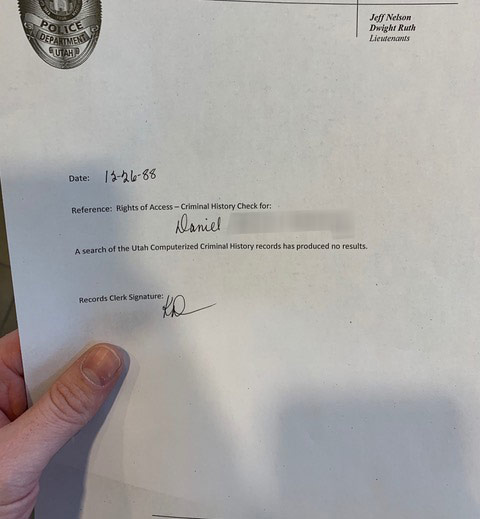 I waited and received a call the next day informing me they granted a Full and Unconditional Pardon on October 18, 2019. I can’t even put it in words the excitement and joy I felt knowing all the hard work I’d done paid off. This started me on the journey of firearms and the joy not only of shooting but creating great memories in beautiful places. The great thing about Utah and Nevada is there's tons of land to shoot long range. I remember the first gun I bought was for my son and it was a Henry Golden Boy 22LR and watching him shoot it for the first time was surreal. That was the first time I shot since I was in my early teens maybe 12 or 13 years old so 18 to 19 years ago. 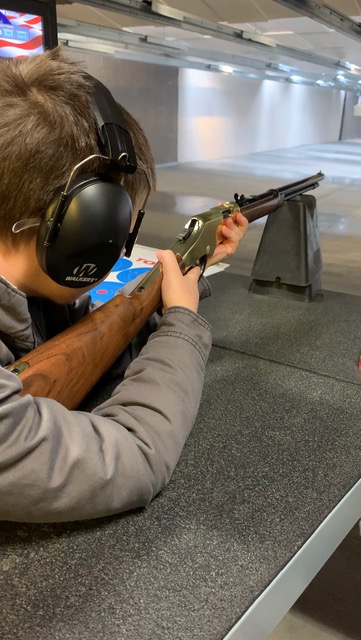 Since the Henry I’ve built a few AR’s and one AR-10. I’ve gotten hits out to 800 yards with it, but after watching Impact Shooting I would love to get into bolt actions. I was so excited about the idea of it all that I built a reloading bench and bought all the supplies before I was even able to purchase a firearm, probably wasn’t the smartest decision but it worked out. 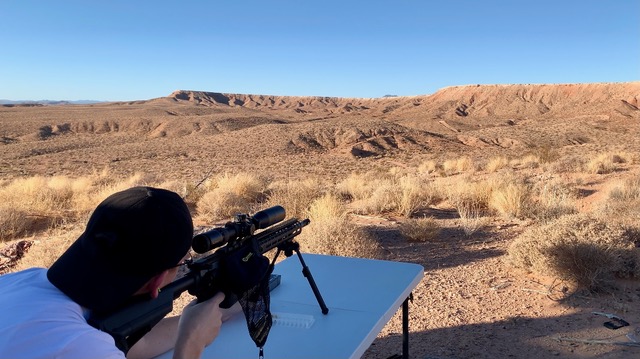 I bought a Ruger Predator chambered in 308 and was about to buy the ESS Chassis System but I ended up purchasing a Dead Air Nomad L Suppressor, which I’m still waiting on (6 months in). I would love to be able to build up a custom bolt action to be able to shoot long range and maybe try out long range matches after learning and also learn to hunt. I would plan on getting the ESS chassis and rechambering my barrel with a custom barrel to a 6.5 Creedmoor. There are so many enjoyments to shooting, having fun with friends and family not to mention all the great people in the gun community. I’ve learned so much over my short time of shooting again. I’m glad to be a part of it and watching how much my son enjoys shooting is the best part.

Thank you for the opportunity to tell my story and the chance to win!!!

Daniel is the 1st place winner of our #MDTSTORY contest.