I regularly look at other people's guns on a typical workday. Some are spotless, while others haven't had a clean barrel since they left the factory, but almost all are missing some lubrication. People understand that it's vital to clean guns, even if they don't, but few properly lubricate their firearms.

There are a few universal rules when it comes to lubrication. These apply to shotguns, rifles, handguns, and the door hinges of your truck. Number one tells us too much lubricant is as bad as is too little. This is because lubricant can collect dirt and debris, causing the mechanism we want moving freely to get sticky and jam. Excess lube can also migrate to wooden gunstocks, where it gets soaked up and can soften and discolor that wood.

A second rule is that the old lube should be cleaned off before applying the new stuff. Experts tell me that lubrication products eventually break down. If you don't get the old stuff out, it can prevent the new lube from reaching where it's supposed to go.

Rule three is essential for hunters. It says to use synthetic oils and greases on guns that will be used in cold temperatures. This is because synthetics will keep doing their job at -30º C long after traditional products have lost viscosity and turned gummy.

More: How to clean your rifle chamber

Bolt-actions rifles are one of the most common mechanisms with few moving parts, so it's easy to fall into the trap of thinking they don't need lubrication. But if your rifle is to operate at its smoothest and suffer the least amount of wear, you'll want to avoid running these rifles dry. Specifically, there are three surfaces with high force loads that need lube: the locking lugs, the cocking cam, and the extraction cam. 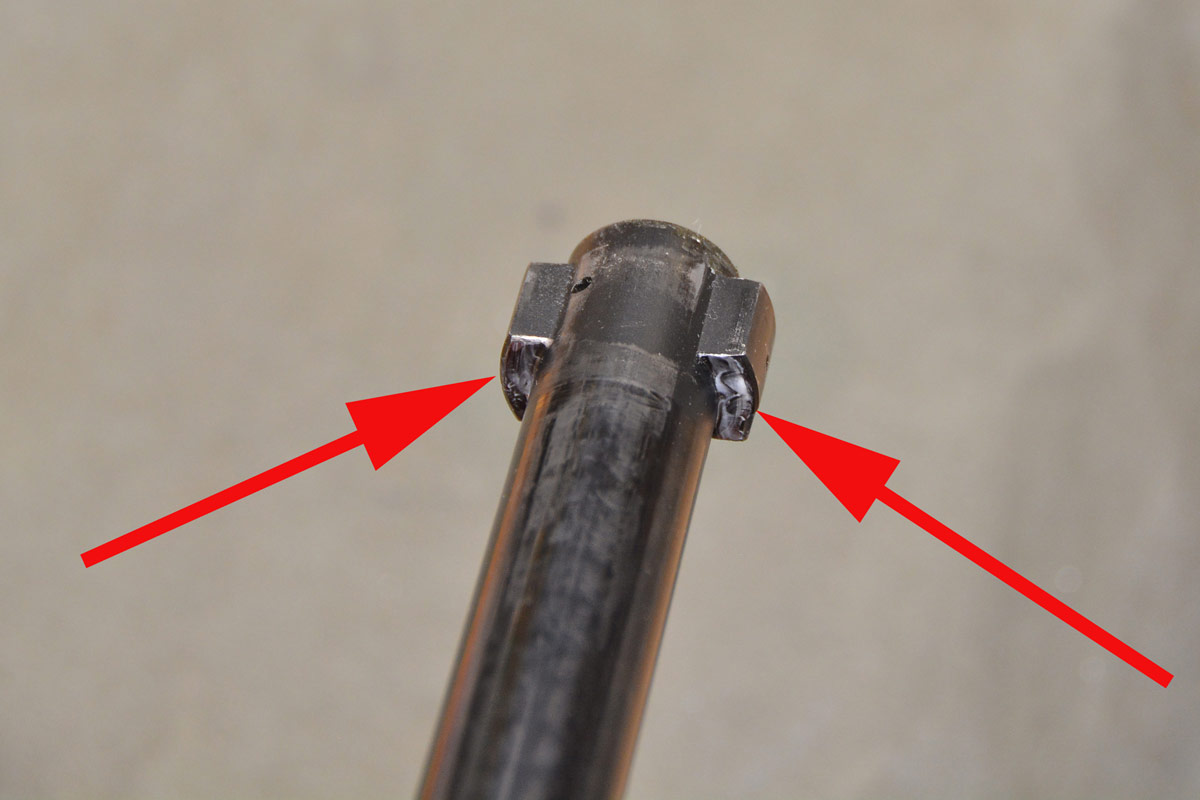 The rear surface of the locking lugs need lubrication.

The locking lugs are obvious on most versions of the bolt-action rifle, and the surfaces which need lube are those facing to the rear. Depending on the design, there can be anywhere from two to nine lugs on a centerfire rifle. Rimfires will often only have one, and often it's the root of the bolt handle. 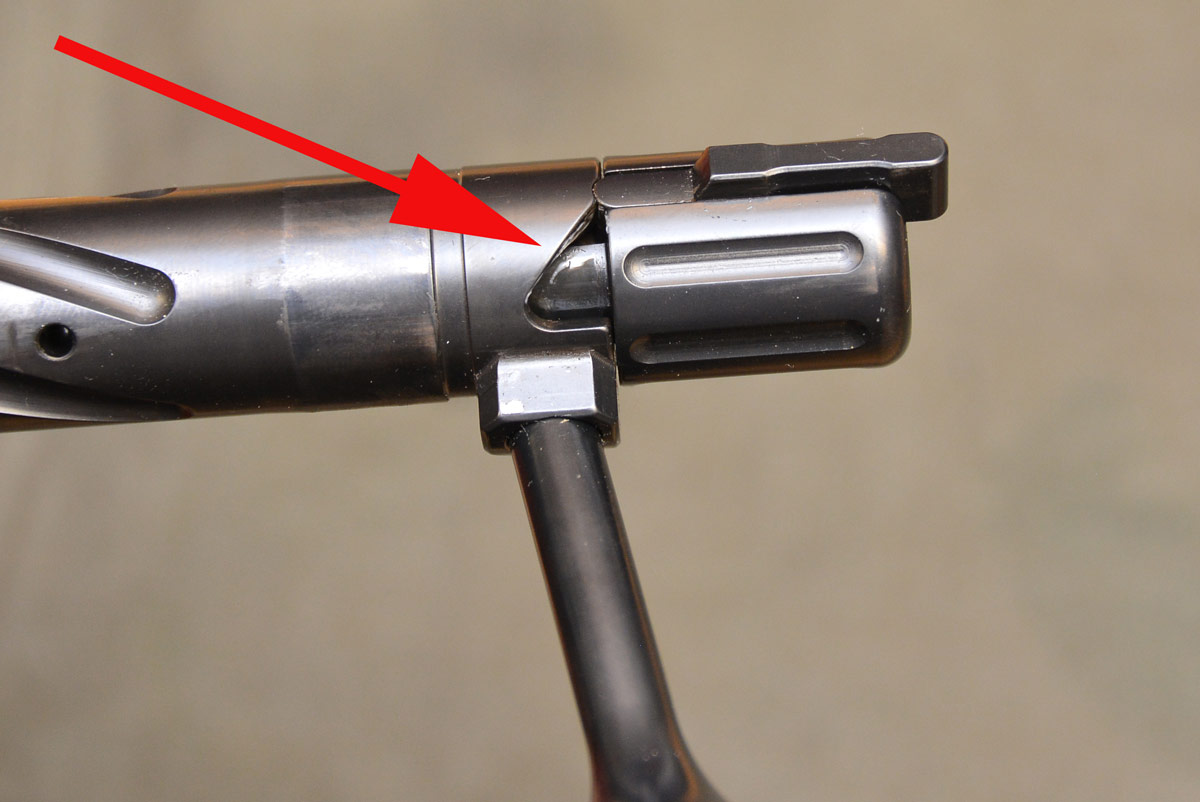 The cocking cam of a rifle bolt operates under heavy spring pressure.

Cocking cams are a little harder to spot but show up as an angled surface at the bottom rear of the bolt body. This surface pulls the cocking-piece/firing pin to the rear when the bolt handle is lifted, meaning two metal surfaces are sliding under heavy spring pressure. If you've never lubricated this area, your gun is harder to cock than necessary. 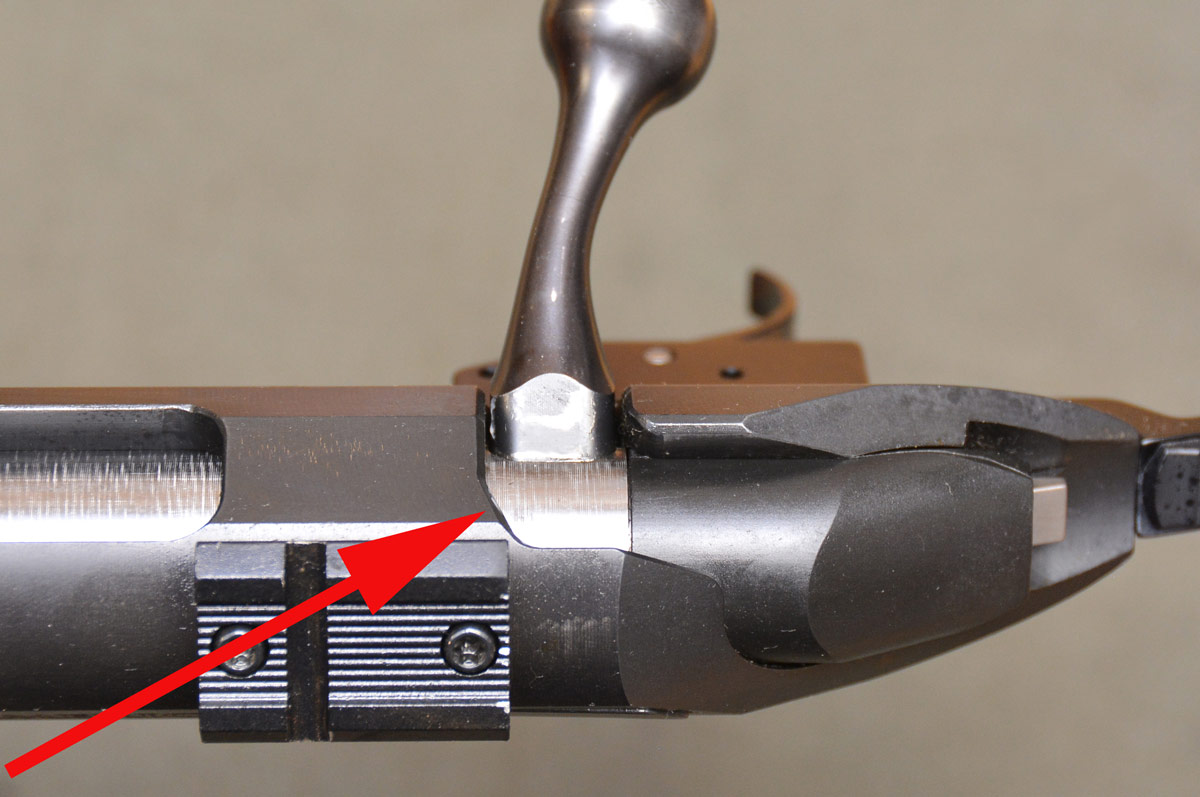 The extraction cam of a bolt-action rifle should be lightly lubricated.

The last surface is the extraction cam, and it's usually found on the upper forward edge, at the root of the bolt handle, with a matching surface on the receiver. Look for two angled surfaces visible from the top of the rifle, which mate when the bolt handle is lifted. These two surfaces provide a camming action that pulls the bolt to the rear, doing primary extraction of the fired cartridge case.

And while we're talking about lubrication, it's probably worth mentioning the one area you never want to contaminate with lubricant – the chamber. During the firing cycle, the body of a cartridge case needs to obturate and "stick" to the chamber. This seals the breach, preventing gas from blowing back at the shooter and reducing rearward thrust against the bolt. It all means the chamber should be kept dry and clean. 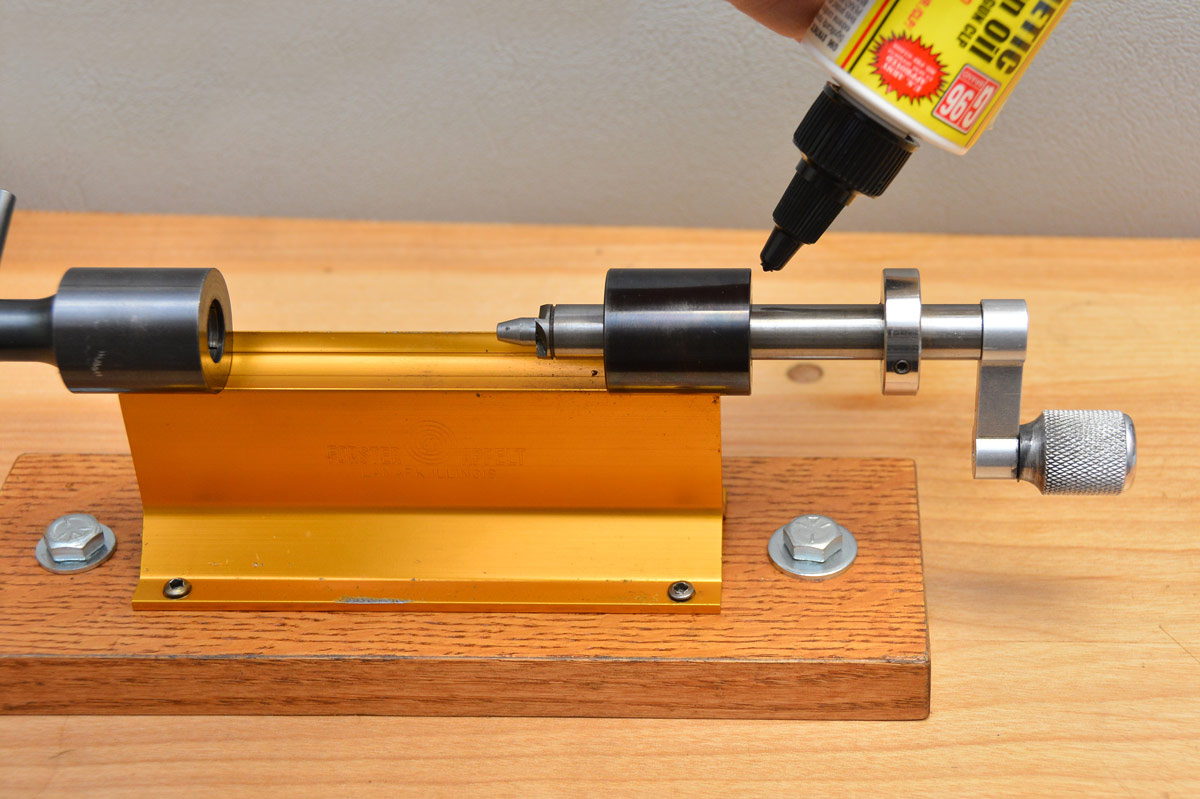 If you hand load ammunition, lubricating your press, case trimmer, and similar tools is critical to keeping them working properly. The ram of a reloading press, in particular, is an often-neglected part, as are all the pivot points on a press's linkage. Some large modern presses have grease nipples built in those pivot points. Mine are all old enough that they don't, so I have to use a thin oil, allowing the lubrication to seep down where it's needed. Hand-operated case trimmers that look like miniature lathes are also often neglected. Keep them lubricated, and they'll last a lifetime and be easier to turn.

More: How to examine the bore of a rifle

None of the lubrication steps outlined here are particularly difficult. It's just a matter of adding them to your gun-cleaning routine. Doing them can achieve more than just making your gun run better and longer. I once examined a gun that turned out to have a defect that caused its owner serious injury. The owner's manual recommended lubricating four points on the gun regularly, but the gun showed no indication it had ever been lubed since it left the factory. If the owner had done the lubricating, he'd likely have noticed one of those lube points was broken off and missing, and it would probably have prevented the life-altering injury the gun delivered to him. Lubrication is also necessary because it can help spot problems before they become disasters.

Al Voth calls himself a "student of the gun." Retired from a 35-year career in law enforcement, including nine years on an Emergency Response Team, he now works as an editor, freelance writer, and photographer, in addition to keeping active as a consultant in the field he most recently left behind—forensic firearm examination. He is a court-qualified expert in that forensic discipline, having worked in that capacity in three countries. These days, when he's not working, you'll likely find him hunting varmints and predators (the 4-legged variety).